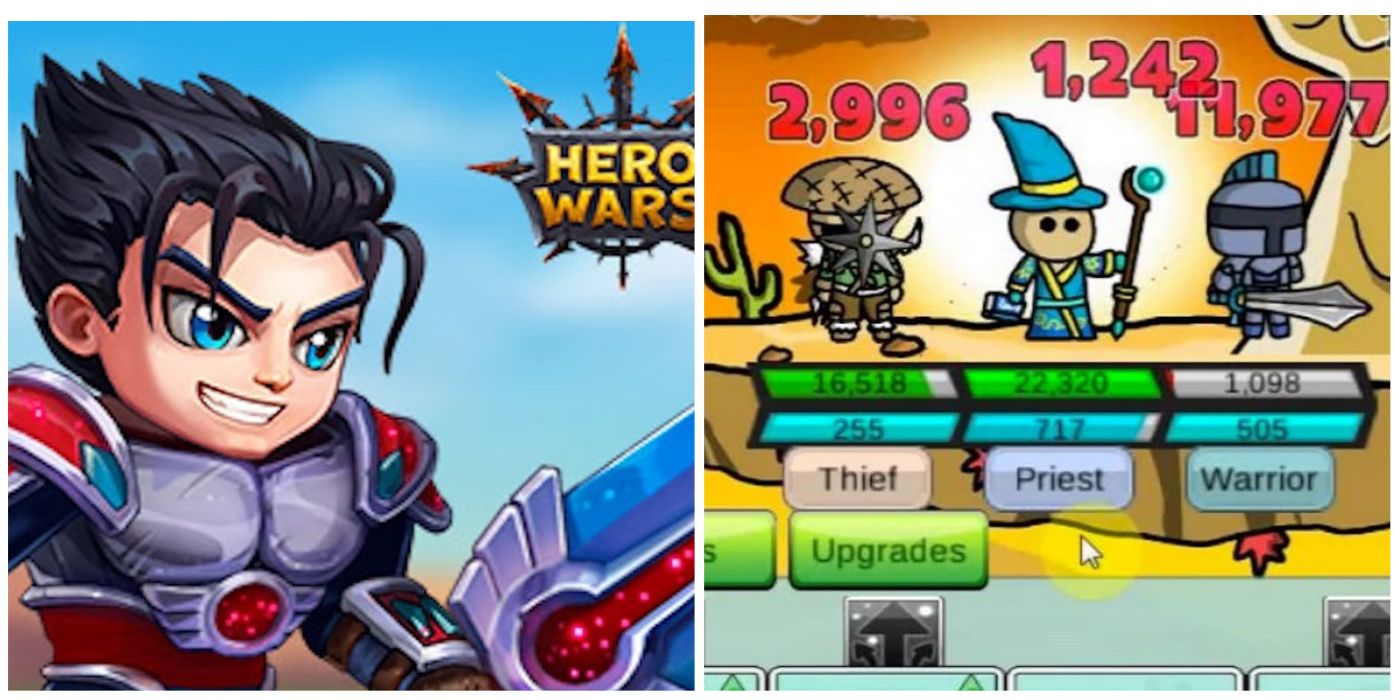 Incremental games, or idle games, have been around for decades now. The point of the game is that a simple action, such as clicking the mouse, will reward the player with currency. That currency can be used in-game to buy upgrades or grow currency faster. This creates a simple yet enjoyable feedback loop that anyone can get into.

And the better part of idle games is that players can walk away from the game, and it will continue to “play itself” until they return. This lends itself to the stress-free environment the game seeks to set up. There aren’t any consequences for putting the game down, and players will be able to enjoy it just as much or more when they pick it back up. Though this might seem like a mobile-only game, tons of idle games are available for players on PC – many of them players can purchase for free.

Pixel art games are as popular as ever, even within the world of idle games. The protagonist in this game is a young girl who’s living on an island that belongs to a fox spirit. The fox spirit tasks the player with bringing their island back to normal, so players will have to find a way to clean the island up and create crops as well.

9 Clicker Heroes Is The Clicker Game For Monster Hunter Fans

Even fans of the Monster Hunter series are looking for a break from the game’s challenge from time to time. But that doesn’t mean they’re done hunting down monsters. Fortunately, there’s Clicker Heroes, where players can click monsters to their heart’s content.

Though the player starts out not doing much damage, the amount they’re capable of dealing increases over time. In addition, they can create a party by adding new characters; as new characters are added, it becomes much easier to click monsters. Customization is also at a high level, with each character gaining new abilities as the player goes through the story.

8 Realm Grinder Allows People To Create Their Own Kingdom

With Realm Grinder, the player starts out in control of a tiny kingdom. From there, they can generate money by clicking away in the game. Then, they can build new buildings with more money to create a better environment.

And unlike most fantasy games where the world is in danger or something, the player is free to make their own choices on whether they’ll build a kingdom for good or for evil. Allying with different races will unlock new buildings, sending a kingdom in the direction of good…or evil. They can start over again if they don’t like how their kingdom is developing in either direction.

There’s always been an audience for people who love tending to their own gardens. Fortunately, the idle genre has plenty of room for that with Plantera. Plantera has players start off by gaining coins through catching butterflies. Over time, they can use the coins to buy different vegetable patches.

These patches can be sold to plant more fruit and vegetables, growing things until the player has a massive garden. Though players can hire helpers to help harvest the crops, the players will also need to fight off scavengers who will ruin the harvest. Plantera will run players about $3 on Steam.

Looking for an idle game with a surprisingly good story? Loop Odyssey might be the right choice there. Within that game, the player is in the role of someone trapped in a time loop. The player has a certain amount of mana, and when they run out, the loop begins again. This encourages players to figure out the best way to maneuver through the world. Of course, like most idle games, it’s entirely possible to let the game play itself for a while to gain more resources.

Over time, some upgrades can be unlocked to make the character accomplish the same goals easier. Loop Odyssey challenges the player to see as much of the game as possible with multiple endings.

5 Hero Wars Satisfies The Desire For A Fantasy Dungeon Crawler

Hero Wars will scratch that fantasy itch people might have while still allowing them to play an idle game. Players get to build their team from a selection of different heroes, then have the challenge armies of enemies. But there are actually more options available than just fighting the usual enemies, as players can also battle against other teams in a PvP mode.

If a player wants to stop playing, they can walk away from the game while the heroes defend themselves and fight their way through dungeons.

Though developers Orteil and DashNet have been working on the game since 2013, they released a major update to Cookie Clicker a year ago. It’s a simple enough game–the goal is to make as many cookies as possible. Players can bring in as much help as they want to accomplish the job, ranging from helpful grandmothers to entire factories.

Along the way, there are literally hundreds of upgrades and achievements the player can invest in to keep their attention. Then, as players make cookies, they can spend them on those upgrades, which will help them make more cookies. It’s simple, but it gets the job done. The only real problem is spending this much time talking about cookies is bound to leave someone starving.

3 Time Clickers Adds Some FPS Fun To The Idle Genre

Proton Studios’ Time Clickers is pretty straightforward. The goal is to destroy time cubes, which pay the player in gold. With that gold, players can upgrade to get a better gun. The right gun will fire for the player when things get too strenuous, or the player takes their eye off the screen. Over time, the guns can be upgraded to do more damage or gain new techniques.

Over time, it’s even possible to hire additional shooters to help destroy cubes. And when players join teams, they can continue to gain gold even when they’re not playing. The best part? The game is available for free.

Looking for an idle game that’s more card-centric? Try out Creature Card Idle, which plays like a simplistic TCG. Players will lay out their cards on a grid, generating new resources. With those resources, the player can then buy more cards. Like actual TCGs like Yu-Gi-Oh! or Magic: The Gathering, cards are distributed in booster packs.

Of course, the skill ceiling in this game doesn’t have to be as high. Over time, new expansions allow for bigger changes, adding RPG mechanics to the title. For curious players, the game’s available on Steam for $2.

Enchanted Heroes from YYZ Prodctions is one of the best idle games on the market. There are just enough options for variety, but not so much that it gets overwhelming. The player goes up against wave after wave of enemies as either a wizard or a knight. As they defeat enemies, they’ll earn money they can use to upgrade their character. For example, they can boost the hero’s stats, how much damage they deal, or the amount of skills they have.

The best part about Enchanted Heroes is that if the player has to look away for a bit, the enemies will be automatically destroyed. This game is available for free on web browsers.

NEXT: 10 PlayStation Games That Are Worse When You’re An Adult