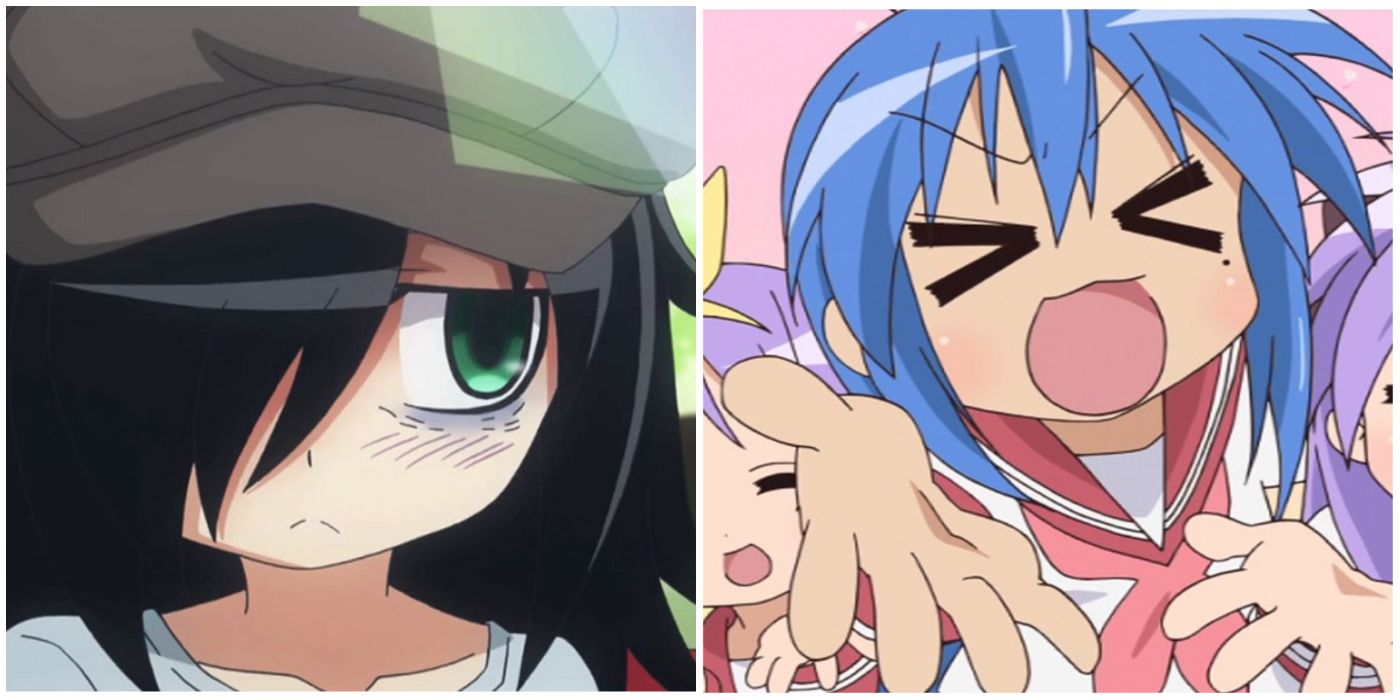 When done right, comedy anime can be just as hard-hitting and engaging as other genres while still managing to get the audience to crack a smile and laugh every now and again. Shows like The Devil Is A Part-Timer and The Way Of The Househusband manage to get fans to not only burst out in uproarious laughter at every single episode, but they also give their characters enough depth to make fans truly care about them.

RELATED: 10 Most Frustrating Anime Romances Of All Time

However, not every comedy anime can be executed well. For every comedy-focused anime that becomes a hit with fans all over the globe, there is a handful more that simply don’t cut it. This is to be expected, though, as humor is incredibly subjective and can be one of the hardest mediums to get right.

Attack On Titan is one of the most beloved dark anime series of all time, so it’s no wonder that a comedic parody spin-off was made. Titled Attack On Titan: Junior High, this spin-off focuses on series’ fan favorites attending high school together. Eren and his fellow cadets are first-years, while Levi and most of the other Survey Corps members are third-years.

Sadly, many fans feel as if Junior High falls flat, parodying characters by amplifying their single most-defining character trait up to an almost unbearable level. Rather than play off of the source material in a creative way, this spin-off feels more like bad fanfiction.

When it came out, Lucky Star was widely heralded as one of the best comedic anime of its time. However, it’s been fifteen years since the series’ initial release, and there are many fans who feel as if it hasn’t managed to hold up very well over that time.

The main issue that fans have with Lucky Star is that a large chunk of its humor simply comes from referencing other anime. It’s serviceable the first few times, but by the end of the series, it’s hard to continue listening to characters reference the same handful of shows over and over again.

8 Inferno Cop Is Unique, But Not For Everyone

The very first animated project to come out of Studio Trigger would be Inferno Cop, a series of online shorts that only last a few minutes each. Considering the virtually non-existent budget the studio was working with at the time, the fact that they were able to create this series at all is impressive.

However, it’s made immediately apparent that the humor on display here isn’t for everyone. Inferno Cop is an utterly nonsensical exaggeration of early 2000s cyberpunk-style cop series, but to many comedy fans, it falls just as flat as the material it’s trying to parody.

The original manga for Nichijou: My Ordinary Life sold incredibly well, making it a shoo-in to receive an anime adaptation. And while Nichijou‘s animation is both adorable and high-quality, that’s really the only thing that the anime manages to pull off well.

RELATED: 10 Best Anime Remakes Where The Original Is Equally Worth Watching

The main complaint that fans have regarding the anime for Nichijou is that it simply can’t capture the same spirit as its manga counterpart. The anime captures the manga’s surreal, nonsensical humor, but it falls flat when the viewer is never given any time to process that humor like they can with the manga.

Prison School’s premise is pretty unique. An all-girls academy begins allowing male applicants, and the only five to apply end up being punished after attempting to peep on the girls — except, instead of being assigned extra homework or sent to detention as a result, all five male students are essentially held as prisoners.

Sadly, Prison School also relies solely on the viewer finding constant over-the-top animation and crude sexual humor funny. Fans feel that the original manga managed to balance its humor with more suspenseful moments, but the anime really only provides the former without much substance.

It’s both an impressive and incredibly disappointing feat when a slice-of-life comedy anime manages to feel more like a bloated advertisement. Sadly, that’s what many fans feel happened with Dagashi Kashi, an anime centered around a sweets shop and its employees attempting to convince the reluctant Kokonotsu to take over his family’s shop.

Even if most of the series feels like an advertisement if the humor was high-quality, this wouldn’t be as much of an issue. However, Dagashi Kashi plays all of its comedic cards almost instantly and then continues to re-use those same tropes until they just feel bland.

Social anxiety can be turned into relatable, gut-busting humor, even if it’s painful. Komi Can’t Communicate is a stellar example of this, managing to provide both relatable humor and hard-hitting emotional moments all in one beautiful slice-of-life package.

Kuma Miko: Girl Meets Bear is essentially what would happen if Komi had no support and was instead only teased further by those around her. A cute, painfully humorous, and relatable show about a girl overcoming her anxiety can work, but all the other characters simply reinforce the protagonist Machi’s unhealthy traits or put their own selfish desires above helping her with her issues.

Baka And Test is a high-school comedy based on the premise that how well one does in school directly translates to how well they’re treated while attending school. The most successful students are given the biggest classroom and the best supplies, while the least successful are left with a room that looks like it’s about to fall apart at any moment.

It’s an interesting premise and the art style is incredibly cute, but that’s about as far as many fans feel Baka And Test‘scharm goes. Characters are all boiled down to one or two long-running jokes that become very hard to sit through by the end of the series, and it’s one of those shows that thinks having the characters screech their lines makess things funnier.

Yuri-focused comedy anime are pretty rare, and it’s even harder to find one that doesn’t simply play up its same-sex romance for nothing more than comedic or shock value. Sakura Trick manages to treat its main relationship with care, and it works well enough as a cute slice-of-life romance anime.

Sadly, many fans feel that Sakura Trick completely fails when it comes to actually being a good comedy. Characters attempt to insert jokes into almost every scene, but a majority of them fall flat, making it hard for those who picked up Sakura Trick looking for an enjoyable comedy to really get into it.

1 Watamote Ends Up Being More Painful Cringe Content Than Comedy

Similar to Komi Can’t Communicate and Kuma Miko, Watamote is a slice-of-life comedy that derives most of its humor from the fact that its protagonist, Tomoko Kuroki, has crippling social anxiety. She’s barely able to answer back when her teachers greet her, and she reads far too much into even the most basic of niceties from others because of her sheltered understanding of relationships.

Watamote is ripe with incredibly relatable moments for anyone with social anxiety, but these aren’t presented in a humorous way. Instead, many fans end up cringing so hard at many of Tomoko’s encounters that it’s genuinely hard to sit through them without pausing.

NEXT: 10 Most Frustrating Shonen Anime To Watch (& Why)