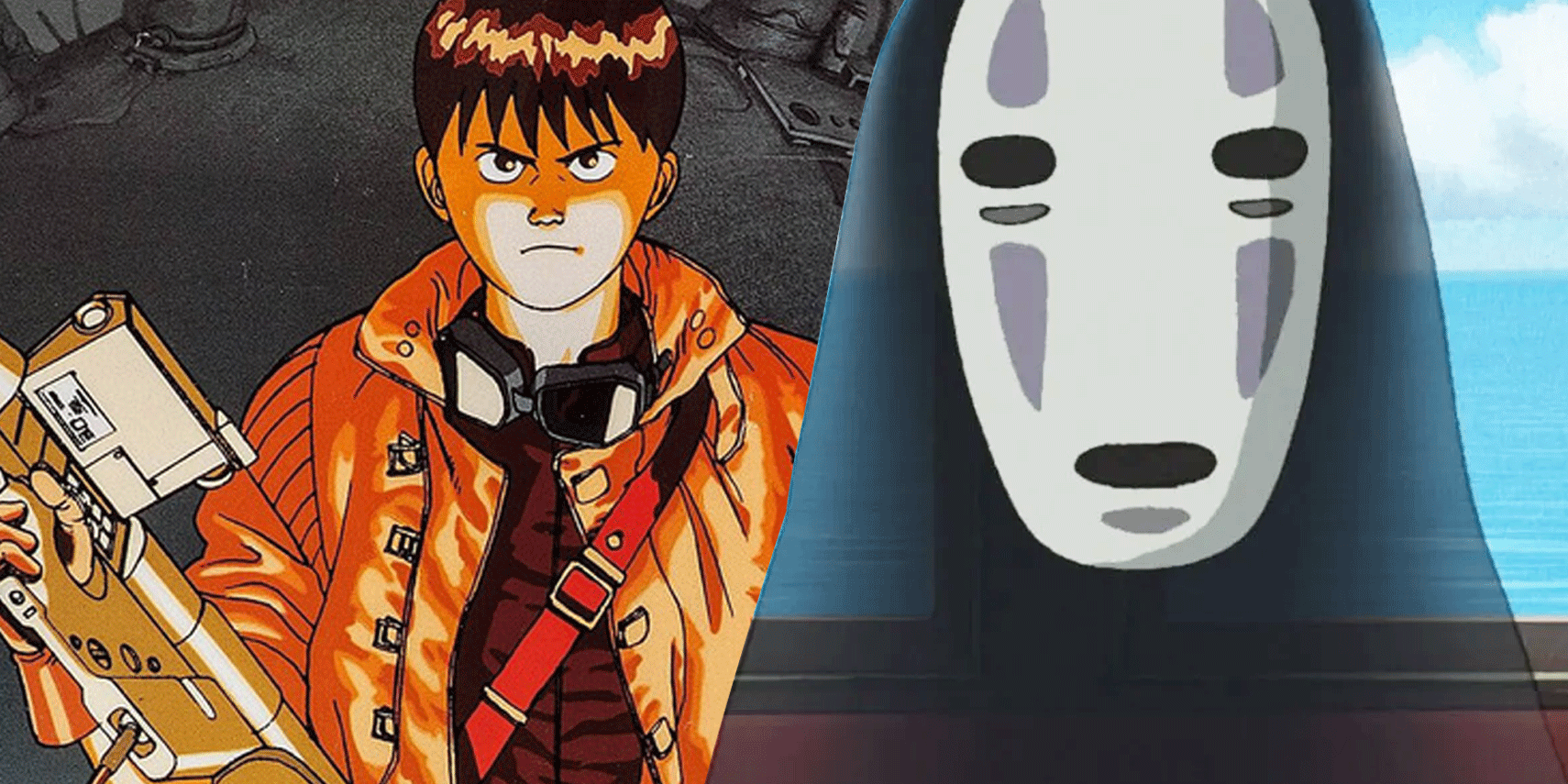 It may be hard to remember now, but there used to be a time when anime was just a niche interest with a cult following. Just a few years ago, anime was an outsider in the entertainment world, and it seemed as if this would be the norm for the foreseeable future. Instead, all anime needed was a select few titles to change things forever.

These series and movies made history not just by excelling in their specific genres and the field in general, but on a global stage as well. Were it not for these shows and movies, anime wouldn’t be as respected or popular as it is today. It could even be argued that anime wouldn’t even exist if these shows were never made.

For the longest time, anime was seen as an outsider’s pastime. At best, it was just another nerdy interest and at worst, it was a very niche interest that came with many negative stereotypes. Lifelong fans have been trying to get anime acknowledged by mainstream viewers for years, and they got their wish in 2013.

Attack on Titanpremiered in 2013 and thanks to the streaming service boom, it reached a global audience the way even the most popular anime from a few years ago could only dream of. Attack on Titan’s biggest lasting legacy weren’t its fandom or copycats, but how it turned anime into a mainstream hobby and passion almost overnight.

While anime’s popularity and ubiquity in the West increased in the 2000s, it had yet to be taken seriously by critics and general audiences. This changed in 2002, when Spirited Away became the second movie to win the then newly-made Academy Award for Best Animated Feature. That being said, there’s a lot more to this Oscar win than just the acclaim.

RELATED: 10 Webtoons To Read If You Like Studio Ghibli Movies

Besides being the first anime to win an Oscar, Spirited Away was also the first (and currently only) non-English language and traditionally made animated movie to do so. Anime was always a unique art form with a passionate fanbase, but it wasn’t until Spirited Away’s big night at the 2002 Oscars that it was seen as artistically credible. Further, as the only non-English animated film to win an Oscar, Spirited Away has single-handedly revolutionized the category.

One Piece began in earnest in 1999 and, thanks to 4Kids Entertainment’s controversial dub, nobody took the Straw Hats’ voyages too seriously. However, roughly a decade later and thanks to better localizations from Funimation, One Piece reemerged not only as a great anime, but as one of the biggest anime ever made.

Whether it was through its manga’s sales numbers or its movies’ box office numbers, One Piece broke countless records and set even more impressive ones. One Piece may have taken about ten years to take over the anime industry and the world as well, but all the hard work and passion that its creators put into it was worth the wait.

7 Ghost In The Shell Changed Anime & Filmmaking As A Whole

The ’90s were some of anime’s most important formative years, and no other movie showed why than 1995’s Ghost in the Shell. Based on a generic cyberpunk manga that had more action and fanservice than substance, Ghost in the Shell’s feature-length animated adaptation was surprisingly cinematic in every sense of the word.

Ghost in the Shell wasn’t just a landmark movie that further cemented Westerners’ respect for anime, but a massive step forward for science-fiction. In brief, the movie showed how cyberpunk and animation could perfectly synergize. From The Matrix to many more sci-fi stories, Ghost in the Shell’s influence on the genre can be felt everywhere.

Like almost every other form of popular entertainment, anime’s early years resembled an exclusive boy’s club. While it’s debatably not the first shojo anime, Sailor Moon was an undeniable shojo trendsetter that defied this male dominated space by introducing anime and manga made for and by women. Needless to say, Sailor Moon was an instant hit.

Sailor Moon’s success didn’t just pioneer the magical girl subgenre and turn it into one of the longest-running shojo franchises around, but it legitimized shojo anime as well. Even if Sailor Moon had a rocky start with a loose adaptation and a hilariously bad localization, its legacy as an empowering and feminist landmark in pop culture will live on forever.

One of anime’s biggest challenges with gaining an international audience was that most Westerners dismissed the entire art form as just another form of children’s cartoons. This condescending notion was finally undone in 1988 when Akira made it to America, where it became a blockbuster hit after its domestic failure in Japan.

Thanks to its impeccable animation, a fully-realized cyberpunk dystopia, relevant social commentary, and more, Akira proved to Westerners that anime was capable of “adult animation.” Akira’s success led to a rush for localized edgy and ultra-violent OVAs of dubious quality, but this copycat trend didn’t diminish its quality and legacy in any conceivable way.

Although the original Dragon Ball was always popular, it only became the cultural phenomenon it is today when its sequel, Dragon Ball Z, hit the airwaves. It’s impossible to overstate how monumental Dragon Ball Z was. Not only did it codify almost all of shonen anime’s modern mainstays, but it also cemented anime’s place in American TV.

Dragon Ball Z aired on Toonami, and its popularity helped normalize anime in American households and pave the way for future Toonami hits like Cowboy Bebop and FLCL. Since 1989, Dragon Ball Z’s popularity only increased with each passing year, so much so that it’s still going strong today with new installments and endless tie-in sales.

3 Pokémon: The Series Immortalized Pokémon As A Childhood Mainstay

There’s probably no media franchise as ubiquitous as Pokémon. While its games for the Game Boy were already popular, Pokémon only became a cultural institution after its loose anime adaptation aired in 1997. Pokémon’s status was further solidified by its English dub which, despite some obvious shortcomings, did its job perfectly.

Pokémon’s English dub embedded Ash Ketchum, his Pikachu, his friends and foes, and the original 150 Pokémon into a generation’s memories, and their influence could still be felt even today. Pokémon surpassed its source material and took over the world in the ’90s, and its dominance over nostalgia and sales hasn’t slowed down since day one.

These days, the real robot subgenre and anime’s seemingly endless well of tie-in merchandise are commonplace, and both trends can be traced back to the original Gundam. To most people, Gundam popularized mecha anime with a realistic slant, but it was also responsible for merchandising. In brief, toy sales saved Gundam from cancelation.

Despite its current legacy, Mobile Suit Gundam was actually a flop in 1979, and it was only saved by reruns and Gunpla model kit sales. Ever since the Gundam franchise was saved by massive toy sales, Gunpla and other official merchandise became an integral part not just of Gundam’s business model, but all anime franchises as well.

Anime as both a storytelling medium and a business wouldn’t even exist were it not for the original Astro Boy. Besides being the first anime to ever air on television and codifying the art style that would become synonymous to anime, Astro Boy was also responsible for the industry’s business practices and status quo. The latter, however, was not a good thing.

Since an episodic cartoon was unheard of in the ’60s, Astro Boy creator Osamu Tezuka agreed to a low budget and promised to pay back through merchandising. Thanks to Astro Boy’s success and Tezuka’s legacy, this was accepted as the norm, and anime became a notoriously demanding industry that paid very little for extreme work.

NEXT: 10 Anime Characters Who Dressed Up As A Superhero