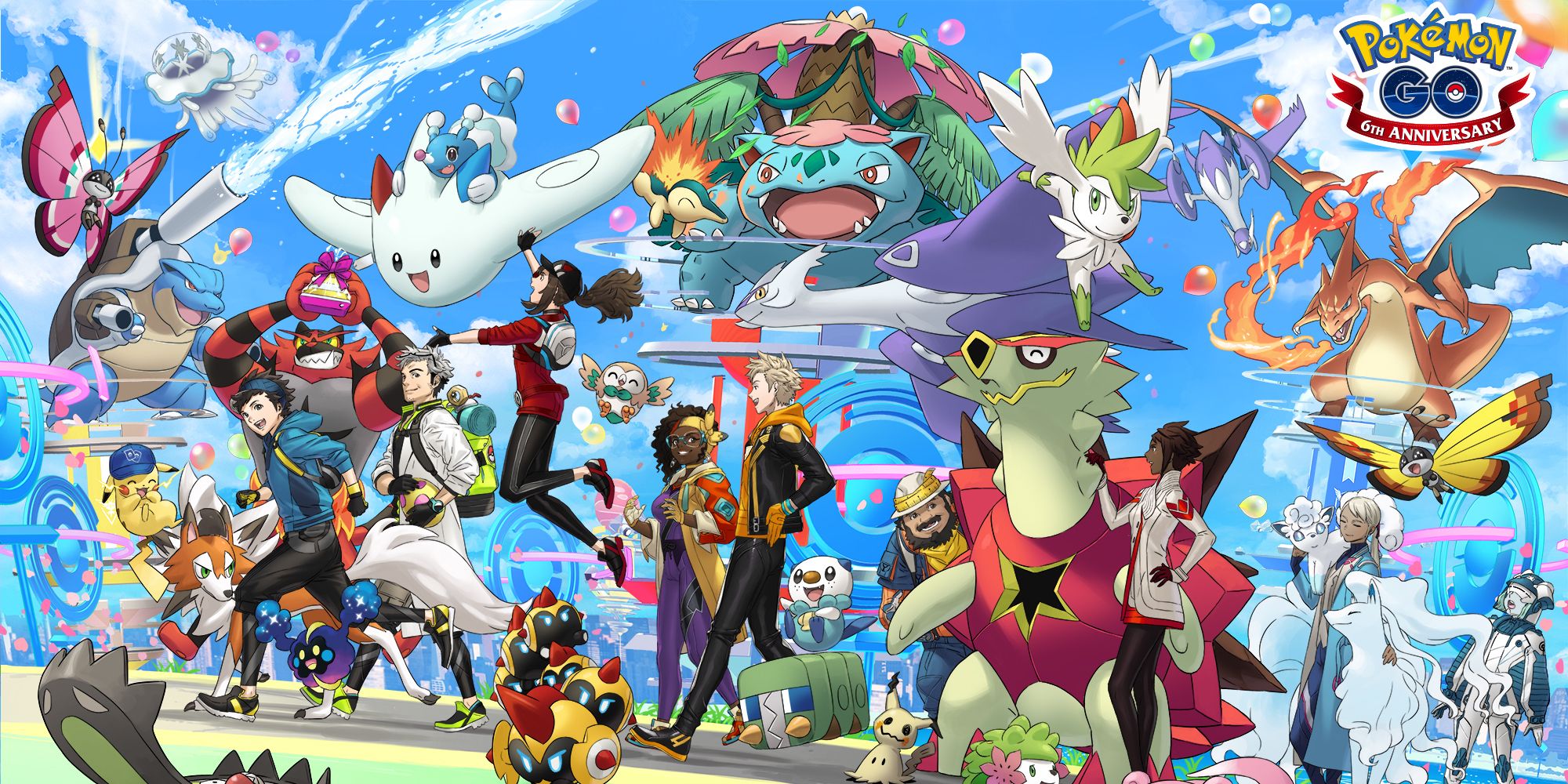 New Pokemon are added to Pokemon GO all the time. With the frequent additions of more Pokemon, regionals, time-limited encounters, and more, it can be difficult to know how many total Pokemon there are in the Pokedex, let alone complete it.

The number that represents a complete Pokedex is not necessarily achievable depending on a number of factors: When did you start playing? Where in the world do you live? Do you manage to finish Special Research stories?

Let’s take a look at how many Pokemon are available in Pokemon GO, which ones might represent gaps in different players’ Pokedexes, and everything else related to the gargantuan task of catching ’em all in Pokemon GO.

Anyone who has managed to obtain every regional (by traveling, trading, or any other means), every Mythical Pokemon, every Legendary, and all the Pokemon that are locked behind events, quests, seasons, or anything else, will have 759 Pokemon listed as “caught” in their Pokedex.

In the entire National Pokedex of the main series, starting with Bulbasaur in Generation I on to the end of Generation VIII, Enamorus, there are 905 Pokemon in total.

Here’s a breakdown of the Pokemon available by generation, as well as which Pokemon from those generations are not yet available:

*This number includes Meltan and Melmetal. Without these two, as they’re in their own section in the game’s Pokedex, the total for Alola is 43 available out of 86 total.

If you’re looking at that total and your Pokedex has a lower number, you might be wondering which Pokemon you’re missing. There may be standard Pokemon that you might not have obtained yet, like difficult evolutions or rare spawns. However, there are some categories of Pokemon that are fairly difficult or even nearly impossible to obtain through normal means day to day.

Let’s take a look at some Pokemon that are commonly missing for most people.

How Many Regionals are there in Pokemon GO?

The most obvious explanation for gaps in the average player’s Pokedex is the region-lock mechanic. There is a whole host of Pokemon that will only spawn in certain parts of the world. These are called regional Pokemon and they can only be obtained in these ways:

Initially, there were only four regional Pokemon: Mr. Mime, Farfetch’d, Tauros, and Kangaskhan. Over the years, though, many more have been added. For a full breakdown of them all, as well as where to find them, check out our list (complete with maps and everything!):

Pokemon GO: Every Regional Pokemon And Where To Catch Them

Depending on where you live in the world, how many you have access to will be different. For example, people in New York City should have access to both Bouffalant and Tauros, while people in Toronto can access Tauros but not Bouffalant.

What we mean by “true” regionals are the Pokemon that are entirely exclusive to one region, regardless of their forms. There are some form differences that are exclusive to certain regions of the world, like Shellos and Gastrodon, or Furfrou’s trims. A Pokemon like Shellos is available worldwide, but is only available in its blue East Sea form in the Eastern Hemisphere and its pink West Sea form in the Western Hemisphere. These forms don’t count as separate Pokedex entries, therefore, Shellos is available to everyone, and won’t represent a typical gap in a Pokedex due to regionality like a “true” regional will, like Klefki or Comfey, who only spawn in France and Hawai’i, respectively.

“True” regional Pokemon include the following (these are rough summaries of where they can be found, check our list linked above for specific locations):

There is also a handful of Pokemon that are only available at certain times, after completing a quest, or through other methods, some of which aren’t always available/accessible. This can include, but is not limited to, Raids, Eggs, events, Special Research rewards, Field Research rewards, and the GO Battle League. This section will break down the list of every Pokemon that might be missing from your Pokedex because there are special requirements to find them.

Note: these are the general requirements, as they can sometimes change. For example, Shinx is typically only encounterable in Raids, but it did get a Community Day. This table shows the general, typical requirements for finding these Pokemon in a vacuum without temporary factors, at the time of writing.

Baby Pokemon are a special case, as they can only be hatched from Eggs, but many of their evolutions can be caught in the wild. The Pokemon in the table above are exclusive to their listed encounter methods, and must be evolved to obtain their evolution (with the exception of Cherubi). Here are all the Baby Pokemon in Pokemon GO, which can only be hatched, not caught:

Legendary Pokemon are almost always locked to Raid battles, while Mythical Pokemon are typically encountered through Special Research stories, though there are some exceptions to both of these rules.

The following Legendary Pokemon are available in the game, and can (usually) only be found in Raids. At high ranks in the GO Battle League, players can encounter the current Tier 5 Raid Boss as a reward.

**The Lake Guardians spawn in the wild as well, but are regional in both Raids and in the wild

Mythical Pokemon are either found in Raids or encountered as part of Special Research stories. If the player obtains the Special Research story, they have as long as they want to complete it. However, some are given out at certain times and not accessible if missed, though they’ll likely be rerun eventually.

*The Mystery Box can be activated by transferring a Pokemon from Pokemon GO to Pokemon Let’s Go Pikachu or Let’s Go Eevee. It will then spawn Meltan for half an hour.

Finally, there are some Ultra Beasts released in Pokemon GO. They have, so far, only been obtainable during special events, but this is subject to change.

Only four have been released so far:

In total, your Pokedex will have 759 Pokemon caught if it’s as complete as possible at this time. This number does not include form differences, gender differences, shinies, or anything else like this. A Pokemon has only one Pokedex slot, and its other forms and differences do not list separately.

If your Pokedex is missing some of the Pokemon listed on this page as being more difficult to find, never fear — there are frequent events and other changes to the game to make these Pokemon more accessible. For example: Gible was once extremely tough to find, but then received a Community Day and several different spawn boosts during various events.

Some of the best ways to find Pokemon that are typically hard to find include the following:

Overall, watching the spawn changes for different events is far and away the best method for finding new Pokemon. Be sure to watch the in-game news, or check out our Pokemon GO directory for which events are on currently, what’s coming up, and a ton more information on completing the Pokedex and more.