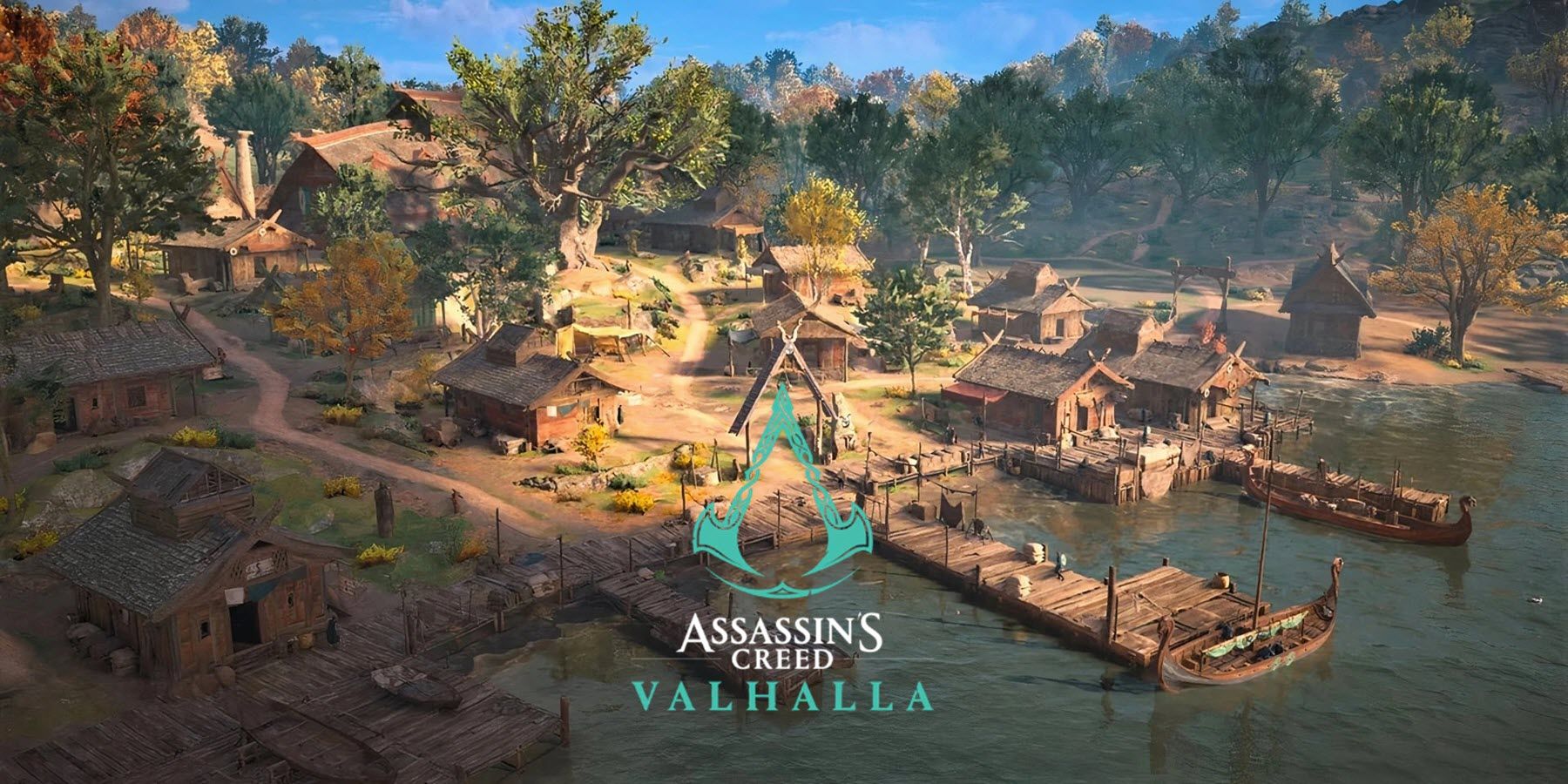 After a new tease on Twitter, Assassin’s Creed Valhalla‘s next update will apparently bring a new settlement building to the player’s village of Ravensthorpe. Updates are nothing new to Assassin’s Creed Valhalla players as after the game originally launched in 2020, Ubisoft continues to support the title with new content, fixes, and expansions. Although not a true live service title, Valhalla players have enjoyed nearly two years of support, including multiple expansions, free updates, fixes, and even new microtransaction items and cosmetics.

In fact, Ubisoft has even more content planned to round out 2022. While the company will likely be shifting priority to Assassin’s Creed Mirage and the other franchise projects in 2023, Ubisoft announced a free Final Chapter coming later this year to round out Eivor’s story. In addition, more updates are on the way, with one being teased by the official Assassin’s Creed Twitter account. While a date isn’t set, the update is set to include a new building to further expand Eivor’s village known as Ravensthorpe.

Although the official Twitter account simply teases that Ravensthorpe is about to get bigger, additional details have surfaced from the Access the Animus community. In a follow-up Tweet, the upcoming update will include a building that players can add to their Ravensthorpe settlement that is dedicated to runes and perks. The building itself appears to look similar to a Blacksmith, though no additional details have been revealed for what players will actually be doing there, though many have assumed they’ll be able to shop or forge runes.

Most players seem to be thrilled with the news, even if it’s coming to the game 2 years after launch. Some responses to the Tweet have even compared this new building to Odyssey, a hidden location called Myson Cave that held Hephaistos’s Workshop, where players could engrave and upgrade gear with more powerful perks. For now, it appears many fans are still holding out hope for a New Game+ option, something that Ubisoft has yet to address for Assassin’s Creed Valhalla.

Even as Assassin’s Creed Valhalla winds down, the future of the franchise appears to be very bright, if the Ubisoft Forward 2022 event was any indication. In addition to the shorter and more classic inspired Assassin’s Creed Mirage, Ubisoft has multiple projects in development, many of which will fall under the Infinity umbrella. One of those projects, currently in development at the Syndicate and Odyssey studio of Ubisoft Quebec, takes players to ancient Japan to experience the series as a Shinobi warrior.

MORE: 7 Assassin’s Creed Games With The Most Replay Value