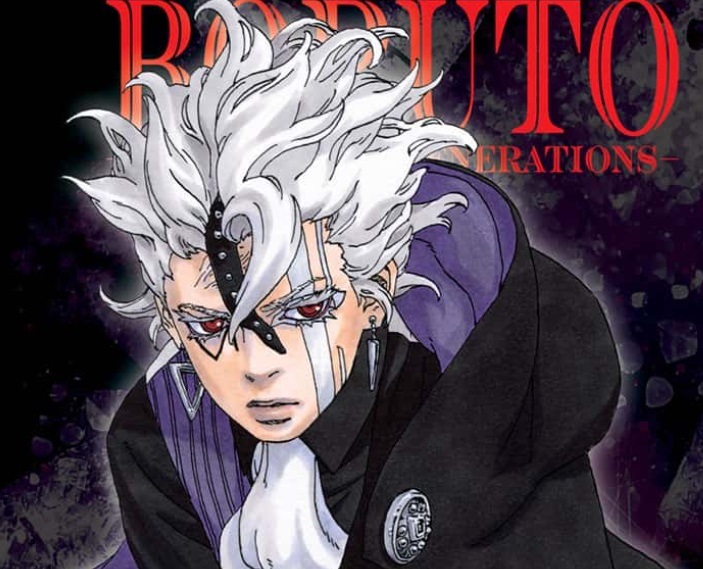 Ever since Code decided to free Eida from the pod she was being kept in, she’s been very clear that they are not a team. Eida’s been helping Code capture Amado to get Code’s limiters off because she wants a way to get close to Kawaki. The moment Shikamaru made Eida the offer to stay in Konoha to get to know Kawaki better, the fandom knew that Code’s days were numbered. Eida didn’t need him anymore. Also, staying with Code made Eida be seen as Konoha’s enemy.

While we need to wait to witness Code’s actual power levels in battle after he finally got his limiters taken away by Amado, I liked how he seemed to be powerful enough to fight against Eida’s influence. Even though she told him to stop and not kill Amado, Code’s body was still capable of going through with it, without Code’s mind collapsing under the pressure of not listening to Eida. She had to ask Daemon to step in to stop Code from ending Amado’s life.

Now, I don’t know about you, but I found Daemon making quick work of Code quite amusing. Having gone through a lot of trouble to get his limiters off, Code was still not strong enough to face someone like Daemon. Also, I’m here for Daemon’s cocky personality. Daemon had a point. It didn’t matter to him who came in second or third in overall power levels. What mattered was that he was still in first place. And while Code had become stronger than Jigen and could fight Sasuke and Naruto, he paled in comparison to the powerhouse that was Daemon.

Shoutout to Bug for trying to help Code, though. The fandom’s been trying to figure out a way to find Daemon’s weakness. And ‘Hindrance’ gave us an answer. Turns out, Daemon’s only able to reflect attacks against him while he’s touching someone else with his hands. So, from what I can tell, the best way to defeat Daemon would be to isolate him or restrict his movement. However, that’s easier said than done. To address such a weakness, Daemon’s taijutsu skills and speed are off the charts. Even if he’s unable to reflect an attack, he’s still strong enough to handle an opponent with his brute strength and speed.

With Code having no other option but to run away, I’m definitely looking forward to seeing him again soon. He continues to hate Kawaki for messing up his life. Code’s adamant about destroying everything Kawaki loves. So, let’s see how he plans to go about doing that because Eida will destroy Code if he hurts Kawaki.

As for Eida’s conversation with Amado, I think the entire fandom knew that Amado’s been planning something big as far as Kawaki’s concerned. There’s a reason he implanted the Karma Mark again on Kawaki. I hope we get an answer soon. Certain fans assume that there’s some kind of wish-granting involved with the Otsutsuki God. So, I guess Amado wants to use Kawaki as a key to fulfill a wish? Hmmm.

With Amado saying he will vouch for Eida, seeing her and Daemon accompany Amado to Konoha will be very interesting. I can’t wait to see what kind of conversation those three will have with Shikamaru, Naruto, and Sasuke. Also, how will Eida react when she comes face-to-face with Kawaki? She blushes at the mere mention of his name.

What did you think of ‘Hindrance’?

Farid has a Double Masters in Psychology and Biotechnology as well as an M.Phil in Molecular Genetics. He is the author of numerous books including Missing in Somerville, and The Game Master of Somerville. He gives us insight into comics, books, TV shows, anime/manga, video games, and movies.

Read our before commenting.
Do not copy our content in whole to other websites. Linkbacks are encouraged.
Copyright © The Geekiary