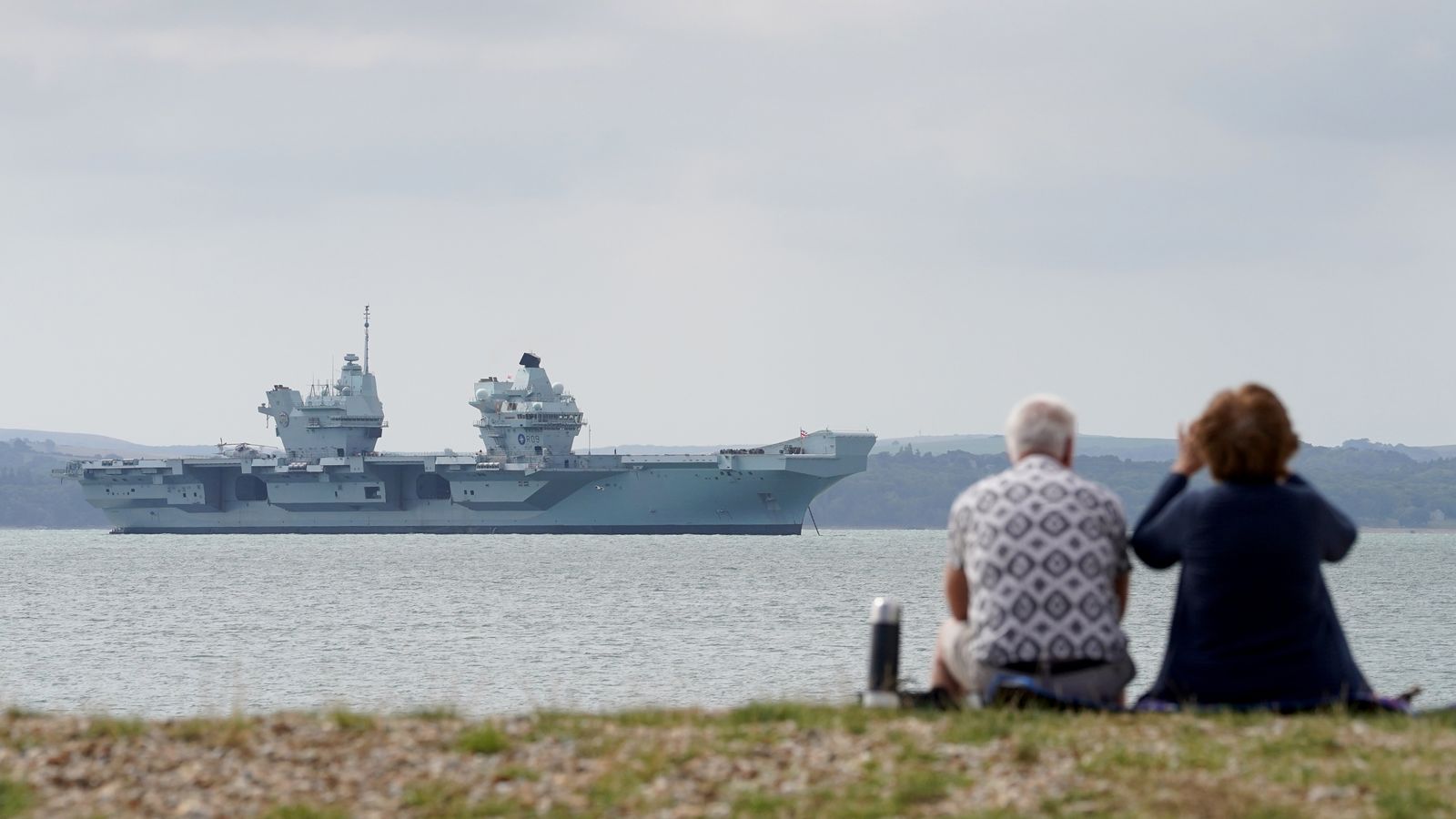 HMS Prince of Wales – the aircraft carrier that broke down shortly after leaving Portsmouth last weekend – is to be replaced on a trip to the US by its sister ship, HMS Queen Elizabeth.

Initially described as having an “emerging mechanical issue”, the £3bn NATO flagship floundered off the southeast coast of the Isle of Wight after a starboard propeller shaft coupling failed.

The 65,000-tonne carrier limped back to Stokes Bay in Gosport, Hampshire, on Monday at a rate of four knots, accompanied by tugs.

It is due to return to Portsmouth on a single propeller, again with the assistance of a tug, but that will be dependent on the weather and the tides.

Once crew and equipment have been unloaded, it is then likely to travel up to Rosyth in Scotland to be repaired in a dry dock.

It had been due to undertake training exercises with the US Navy, the Royal Canadian Navy and the US Marine Corps.

The programme was also expected to include exercises with F-35B Lightning jets.

HMS Queen Elizabeth had been due to visit the Baltic and the Mediterranean.

Navy chiefs are thought to be looking at which of the US commitments require the presence of a carrier and which can be carried out by other ships from the fleet.

Rear Admiral Steve Moorhouse, director of Force Generation, responsible for making sure Royal Navy ships are ready to deploy, said HMS Queen Elizabeth will “depart Portsmouth next week to undertake elements of Prince of Wales’ programme in the United States”.

Regarding HMS Prince of Wales, he said: “Royal Navy divers have inspected the starboard shaft and the adjacent areas and they have confirmed there is significant damage to the shaft on the propeller and some superficial damage to the rudder but no damage to the rest of the ship.

“Our initial assessment has shown that coupling that joins the final two sections of the shaft has failed.

“This is an extremely unusual fault and we continue to pursue all repair options.”