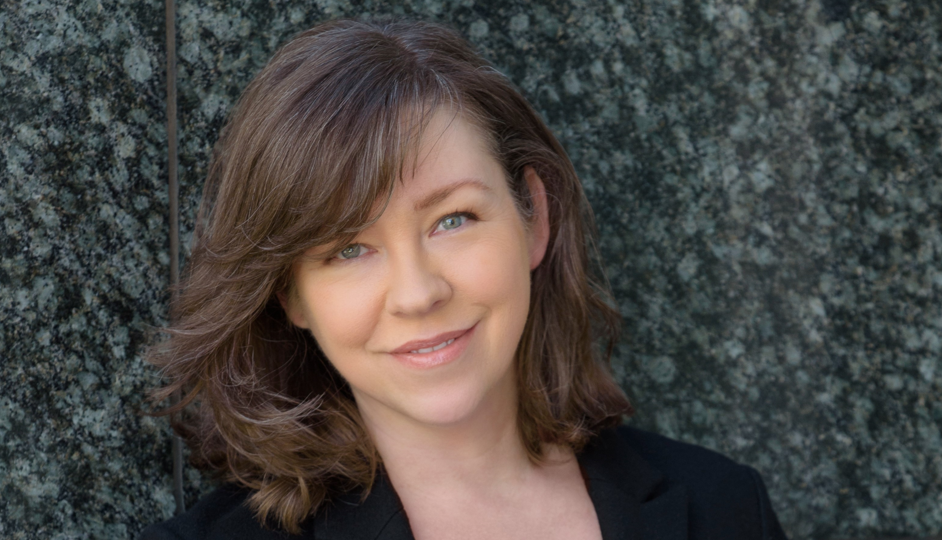 Towards the end of last year, EA made a small, seemingly insignificant, change to its executive team.

It made the firm’s group general managers — the execs in charge of groups of EA’s various studios – report directly to CEO Andrew Wilson. And it was a move made for one purpose: to bring the company’s leader a step closer to those who are actually making the games.

“The goal is to give a stronger voice to studio leadership,” explains Samantha Ryan, who is the group GM for BioWare, Full Circle, Maxis, Motive and a new studio in Seattle. “The knowledge that folks like myself have from being in the thick of it with studios over 20 years is hard earned. Ideally that knowledge helps EA leadership to stay in closer touch with the needs of their studios.”

Ryan is a video games veteran. Initially beginning in marketing, she went on to lead Shadow of Mordor developer Monolith, before becoming SVP of development and production at Warner Bros, overseeing huge teams such as Batman developer Rocksteady and Mortal Kombat studio NetherRealm.

Today’s she’s tasked with leading the EA teams that aren’t making Battlefield, racing games or sports titles. And in these studios you can see some of the new approaches the company is taking to game development.

Perhaps the most obvious change is in some of the games they’re making. Full Circle is working on resurrecting the Skate series, while Motive is remaking the horror game Dead Space. These are franchises that EA had previously decided to move on from. They have cult followings, but lack the commercial potential of, say, a FIFA or a F1.

“Both Skate and Dead Space have been fan requests for a long time,” Ryan notes. “There are so many cool franchises, there’s no way to bring them all back to life. But sometimes when a strong group of developers has a particular passion, and we see that fans are equally passionate… the fates converge. As a leader, I look for those convergences and when I find them, I try to make it happen.”

It’s the ‘when a strong group of developers have a particular passion’ that’s the key shift here. Ryan says that EA has been given its studios more autonomy in terms of deciding the games it wants to work on, rather than these decisions coming down from the top.

“People do their best work when they are excited about what they do. It’s just the way humans are wired. Teams are no different. Passionate developers generally make better games. I remember visiting the creative leader for Star Wars: Squadrons and seeing the pictures he had drawn as a child of being inside a starfighter cockpit. That depth of passion is amazing.

“In the early days of the industry, it was easier to be more cavalier about who worked on a game. As games have become more complex and player tastes more diversified, those of us in the industry for a long time appreciate more than ever how important it is that a team’s passion and background complement the type of game they are working on.”

This is certainly sounds different to the EA we’re used to. Whenever there was a breakout hit, whether that’s World of Warcraft or League of Legends or Destiny, it felt inevitable that EA would instruct one of the teams to work on their own version. EA would look at what’s popular, and try to create something bigger, better and more successful.

“Yes, we all need to be aware of market trends. But that doesn’t mean that we have to chase every trend willy nilly”

Ryan says that her studios are still trying to keep up with what’s exciting gamers, but it can’t just be about chasing trends.

“I’m working with my developers to help them understand who they are and why they are unique,” she tells us.

“Yes, we all need to be aware of market trends. Players and games are constantly evolving. But that doesn’t mean that we have to chase every trend willy nilly. BioWare can make amazing single-player games with strong stories. Full Circle can create a digital skate park that’s freely open to any player anywhere. They are each unique and will be stronger studios when they are true to themselves.”

This all sounds great on paper, but there are surely commercial realities that come into play. EA is a big corporation with shareholders to please and profits to deliver. How do you balance allowing developers to make the games they’re passionate about, with the commercial pressures that come with AAA development?

The other change that Ryan is overseeing is through something called ‘radical transparency’; this is where EA has been increasingly showing games in very early stages of development and getting feedback much earlier in the creation process.


“Successful teams start with a strong creative centre – they have conviction about what they are making,” Ryan says. “They also need to realise that they can get too close to things. Being transparent with players during development enables our teams to get feedback as early as possible.


“20-odd years ago working on No One Lives Forever, my first game as a producer, I realised how easy it was to get developer tunnel vision. Why do players buy one game and not another… even if they are similar quality? What does it mean to be fun?


“Early on, my quest led me to embrace psychology and player motivations. These are awesome tools that give our developers a sophisticated language to talk about the concept of fun. But over time, we need more tools in our toolbox. Games today have a thousand times the code and content, teams are hundreds of people big, and gamers have become incredibly sophisticated. We need access to feedback early enough that means we can actually react.


“To do this, we’re changing the status quo in how we bring our games to players, by empowering our dev teams to adopt radical transparency and a more collaborative approach with players. It’s a process that has been evolving over time.”

During development of the Mass Effect Legendary Edition, BioWare formed a ‘Community Council’ of fans to ensure they were heading in the right direction. And with Dead Space, Motive hosted livestreams to showcase in-development footage.”


“With Skate, a persistent multiplayer game with innovative elements like being able to build UGC ramps and jumps, we knew an even more radical approach was required,” Ryan says. “We needed to bring the game to players very early. This approach was a ground-up effort from Full Circle. They are recruiting players into such early playtests. Of course, as soon as you do that, folks will talk. So why not just be open and let them?”


Ryan says that EA has found that players understand the development process a lot more these days, and that showing pre-alpha code is not as scary as it once was.


“Players are pretty darn sophisticated in this day and age. They understand why we need to start with untextured assets and unfinished features… they know there will be bugs. They still want to help. There were definitely folks within EA who worried about this approach, but given the positive player feedback, they now see the benefits.”

There are other cultural changes that Ryan is making with these EA studios. Like a lot of companies, the firm is trying to attract more diverse talent so that they’re games can speak to even more audiences. It’s something that’s already starting to manifest itself with The Sims developer Maxis.

“Our goal as developers is to make great experiences that folks enjoy… and there are a lot of different folks in the world,” Ryan says. “Our Maxis studio is leading the industry for representation in games — pronouns, sexual orientation, skin tones, cultural events/items, all kinds of lived experiences — and it comes from within. 60% of hires in the last year were women.

“For our developers to stay in touch with player needs, they need to put themselves into the minds of their players. Diversity of thought, of gender, of age, of race, of sexual orientation, of geography… all of these help bring new ideas to the table. Without diversity, it’s much harder to understand our players’ unique motivations.”

The final big change that Ryan is enabling with her teams comes with prototyping. Based on her experience from Warner Bros, EA is now giving its teams a bit more time to try things and discover what’s interesting, before committing fully to a concept.

“The longer I am in this industry, the more I learn, and the more I realise I have yet to learn,” Ryan continues.

“There were definitely folks within EA who worried about [our transparent] approach, but they now see the benefits.”


“When it comes to big, AAA games… they take a long time to make. In fact, if you have a new team, or you are trying to do something particularly innovative, running longer and leaner can be beneficial.


“Some of these lessons I learned during my days at [Warner Bros]. Back in the Batman: Arkham days, folks would ask what makes Rocksteady such a great studio? Fortunately, the same elements that applied to them apply to many teams.


“First, talent matters. And not just any talent… but talent with good team dynamics. Similar to sports, you can’t just hire a team of random superstars. It takes time for a good team to build trust with each other.


“Second, a developer’s core experience matters. Generally, studios become stronger when they develop a specialty and hone their artistic craft. There are many nuances to a particular style of game that aren’t apparent to those without experience. That knowledge is hard earned and valuable. It doesn’t mean developers can’t try something new and succeed… it’s just harder. Ironically, sometimes developers can feel trapped in their own success and push to do something outside their wheelhouse. I completely understand their desire to do something new.


“I also know how easy it can be to underestimate jumping from one style of game to another. If you are going to do that… then the third element – time – is particularly important.”

And it was Rocksteady’s approach to pre-production that Ryan introduced to EA when she joined the company.


“Rocksteady would spend a long time prototyping over and over… trying new things and figuring out what felt fun,” she concluded. “They were also one of the first teams I worked with that spent multiple months in Alpha/Beta refining their game over and over.


“When I joined EA, it took a bit of time to get everyone used to having longer pre-production and finalisation periods. When you join mid-project, you can’t always react as fast as ideal. But as new projects have started up, we’ve shifted towards earlier prototyping of gameplay… as well as more time for polish. We certainly don’t always get it right – games are hard. But we are learning and growing.”