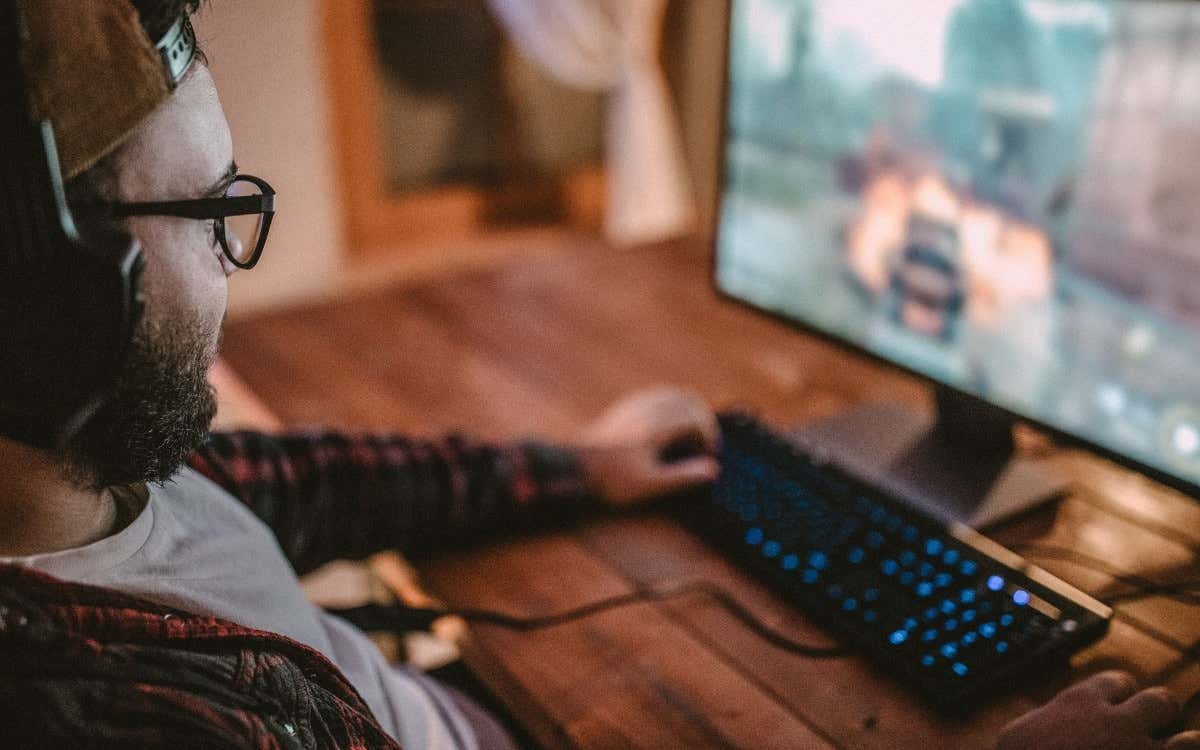 Video games provide a variety of options to configure your gameplay experience. For example, you can adjust the controls, modify the graphics settings, and even set the difficulty in some cases.

However, what you usually can’t do is change the game speed. You may get a stuttering game if you change PC game settings because your frame rate is lower than normal, but that’s somewhat different.

No, what we’re talking about is modifying the game speed. You can use this trick to fast forward through slow-paced gameplay or slow down the action. How?

When Do You Need to Speed Up or Slow Down Your Game?

For most games, messing around with the gameplay speed is a bad idea. The game’s difficulty and the flow of combat are built around a particular speed, and changing that could make the game too easy or impossibly hard.

Some games have a pretty steep skill requirement, however. Platformers like Rogue Legacy or Hollow Knight are popular among arcade enthusiasts. Still, newcomers to the genre might find it challenging to keep up with the searing pace. A slightly slower game speed would allow even absolute beginners to master the mechanics.

Then there are games with pacing so slow that it is a slog to play through them. The official Pokemon games are notorious for this. For an experienced player replaying the game for the hundredth time, an option to blitz through the game is a godsend. Especially if you are doing a challenge run where you intend to restart multiple times.

If the game does not natively offer an option to modulate the game speed, you need to try a roundabout method. This is easier said than done, as you usually can’t tamper with the inner processes of the game itself.

That’s where Cheat Engine comes in. A nifty little memory scanning tool, Cheat Engine can be used to play around with many hidden variables of a game. Cheats like an unlimited health bar or item duplication are easy to implement in games that generally do not have cheat codes.

But for this guide, we’re interested in a different feature – Enable Speedhack. This option allows you to modulate the speed of any running application, including games. Note that this requires Cheat Engine to “inject” code into the running process, causing many antivirus tools to flag it as malware. You might have to create an exception for the tool manually.

What About Online Games?

If you are thinking about using the method we outlined to slow down an online game, don’t bother. Offline games keep track of time by querying the operating system, allowing a program like the Cheat Engine to insert itself in the middle and fool the app. However, with an online game, these computations are carried out by the server.

And even if you did manage to get Cheat Engine working on an online game, the server will detect the abnormal behavior of your game and ban you. Especially for competitive multiplayer games, where using third-party programs to gain an unfair advantage is not permitted.

Many people like playing handheld console games on their PCs using software emulators. Among other benefits, a big advantage of doing this is modifying the game speed.

As the software emulates the target hardware for the game to work, it allows you to directly change aspects of its functioning. You don’t need any third-party apps to speed up or slow down an emulated game – just take a look at the options of the emulator to find the feature.

What Is the Best Way to Speed Up or Slow Down an Offline Game on PC?

Microsoft Windows doesn’t provide any method to directly change the speed of any application. You can always change graphical settings for better performance and speed up the FPS of a lagging game, but slowing the game from its default speed is generally not possible.

You can use Cheat Engine to modify the speed of any running process. You can slow Google Chrome too, but it is useful for gaming. Many titles give a better gaming experience at a faster or slower speed, which is possible with Cheat Engine.

It doesn’t work on Android or iOS though, as their architecture is far more restricted. But you can always use an emulator to play those games on your PC and then change their speed.