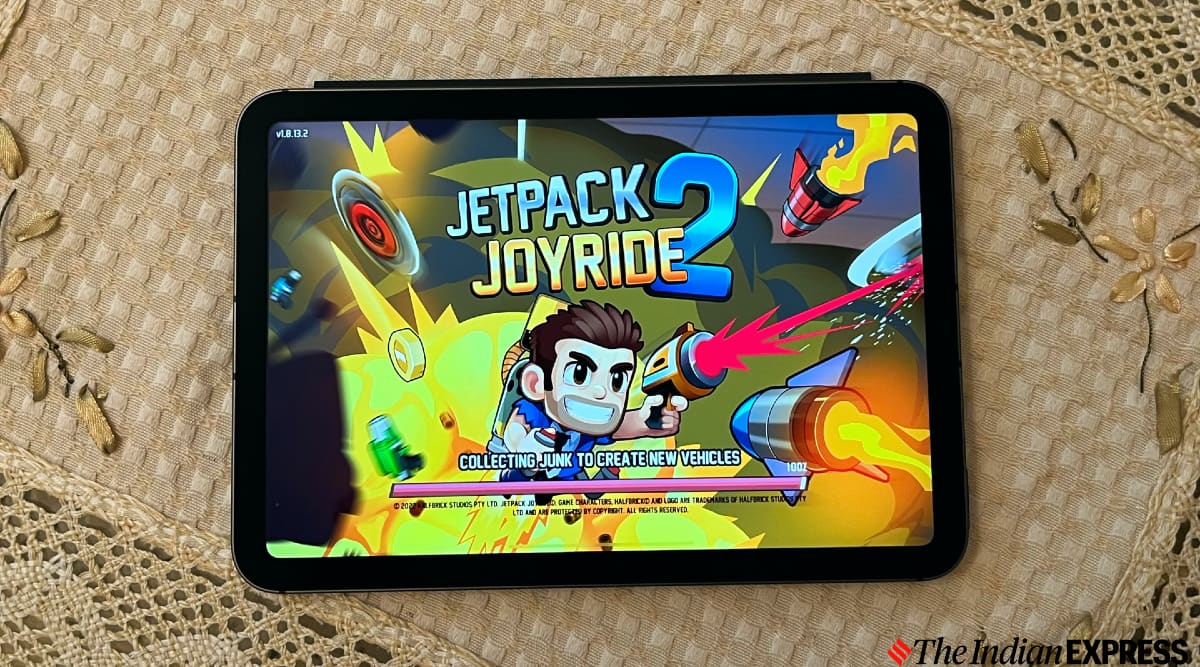 I was first introduced to Jetpack Joyride in 2012 (exactly a year after the game’s iOS debut) when I played the much-acclaimed title on my Playstation Vita. In fact, just last week, en route to Wayanad, I played the original Jetpack Joyride on my iPhone. Even after so many years, it is still an addictive game. After 10 long years, the Australian studio is back with a sequel to Jetpack Joyride, though this time the game is Apple Arcade exclusive. And Barry Steakfries, the indefatigable hero of Halfbrick Studios, is back at work for this one.

I’m a side-scroller shooter devotee and I get easily drawn to 2D platformers where mechanics are simple yet incredibly deep. That said, I have a huge appreciation for the work done by Halfbrick Studios, the developer that also gave us casual yet addictive games such as Fruit Ninja in the past. I have been playing Jetpack Joyride 2 for what appears to be an eternity, and found it to be utterly delicious. I will tell you everything about the game- the story, gameplay, graphics and whether Jetpack Joyride 2 is worth your time or not.

Jetpack Joyride 2, like the original game, revolves around Barry Steakfries, a door-to-door gramophone salesman who happens to be depressed in life after many failures. One day, he spots a group of scientists working on an experimental jetpack. Thinking about how he could use the jetpack in different ways, Barry breaks into the laboratory, straps on the jetpack, and tries to sneak away. To get through the wall of a secret laboratory with a stolen jetpack strapped to his back, he finds himself hurtling headlong into lasers, traps and missiles, leading to a never-ending side-scrolling environment. The core objective is to stop a scientist and his evil experiment.

All through the journey, there’s a lot of flying up and down, Barry must avoid obstacles, dodge missiles, and collect coins. This is not a brain-less side-scroller. There is a proper story, and the sequel feels like an expansion of what the OG game did with an upgrade system and has multiple levels, and for a change, the characters are given dialogues. You control Barry, the same way you did in the original game. However, now the protagonist automatically shoots while he flies; plus, the sequel also gives you guns and special weapons to shoot the enemies. What’s different about Jetpack Joyride 2 is that it is no more an endless runner – there’s a proper ending to it. The tried-and-true classic gameplay is intact but with modern touches and new ideas that expand on existing concepts in interesting ways. (Image credit: Anuj Bhatia/Indian Express)

The gameplay of Jetpack Joyride 2 isn’t any different from the original game. It all comes down to single control. To help Barry escape from the laboratory, you simply need to tap anywhere on the touchscreen to activate the jetpack. The objective is simple, the longer you run/fly, the higher Barry flies. As you fly or run, you collect coins that can be used to unlock items and upgrades.

Although the gameplay remains simple, it’s the levels that hooked me to the game for hours. The game is divided into different levels set in different labs. Usually, levels last a few minutes, and these levels introduce new enemies and boss fights that keep players invested in a game. The game also features new upgraded systems. Coins can be used to upgrade your health, and improve firepower and there’s also the garage section for upgrading your vehicles. New to the game is a feature called ‘factory’ that produces these in-game currencies.

Unlike other mobile games where you can spend real money to buy different weapons, in Jetpack Joyride there’s no actual monetisation. Apple Arcade games don’t have in-app purchases, however, Halfbrick Studios has cleverly introduced a loot box system within the game but without microtransactions. Some people may not like the idea, but I am all for the concept.

All throughout the game, I can see the effort being put in to enhance the gameplay and that serves best for a side-scrolling game like this. Although the sequel has moved away from the retro pixelation of the original and closer to contemporary cartoon art and animation, Jetpack Joyride 2 manages to excite genre purists and speedrunning community. The tried-and-true classic gameplay is intact but with modern touches and new ideas that expand on existing concepts in interesting ways. 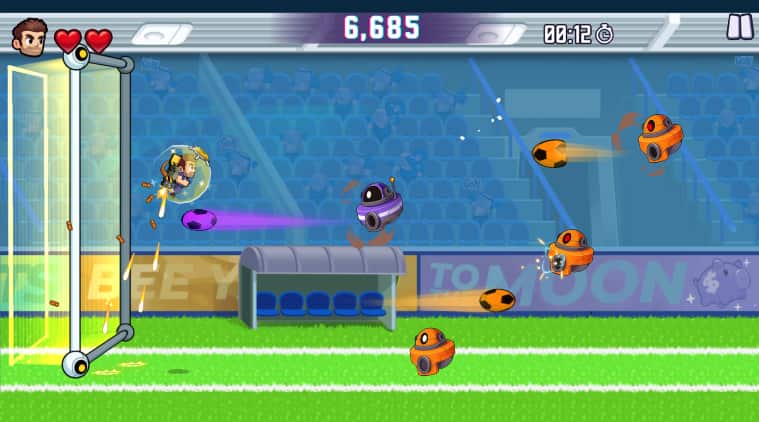 Although the gameplay remains simple, it’s the levels that hooked me to the game for hours. (Image credit: Apple)

Jetpack Joyride 2 is a brilliantly executed casual game that can be played for as short or as long a time period as the user wants. I can play Jetpack Joyride 2 over and over again. However, I wish the game was a little longer. That said, I hope to see new levels being added to the game in the future. Maybe the game is too short for some, Jetpack Joyride 2 is fantastic value and a great addition to Apple’s Arcade game subscription service.