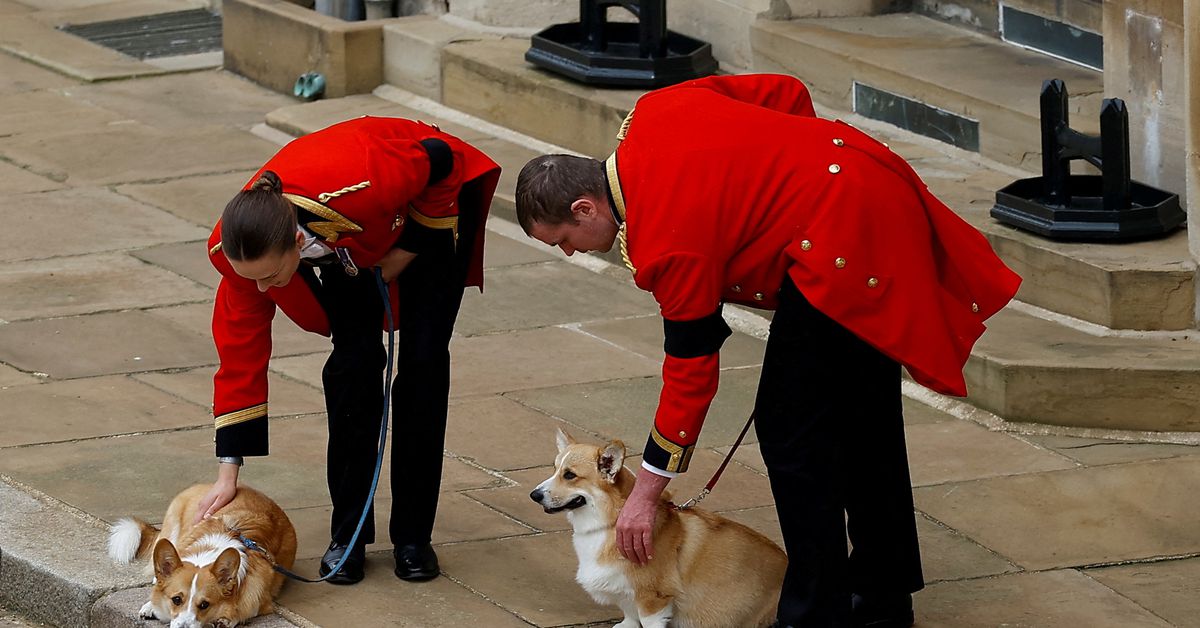 WINDSOR, Sept 19 (Reuters) – Queen Elizabeth’s black pony Emma watched the monarch’s funeral procession pass by in the grounds of Windsor Castle, where it was held on a lead by a groomsman.

The queen’s two corgis, Sandy and Muick, were also brought out for the arrival of the coffin at the castle, where Elizabeth was to be buried later in the day following a grand state funeral.

The royal corgis await the cortege on the day of the state funeral and burial of Britain’s Queen Elizabeth, at Windsor Castle in Windsor, Britain, September 19, 2022. REUTERS/Peter Nicholls/Pool

Held on leashes by palace staff, the dogs patiently waited in the forecourt of the castle.

The queen, who died this month aged 96 after 70 years on the throne, had a lifelong love of corgis and horses and enjoyed riding throughout her life. Her second son, Prince Andrew, will now take care of the dogs.