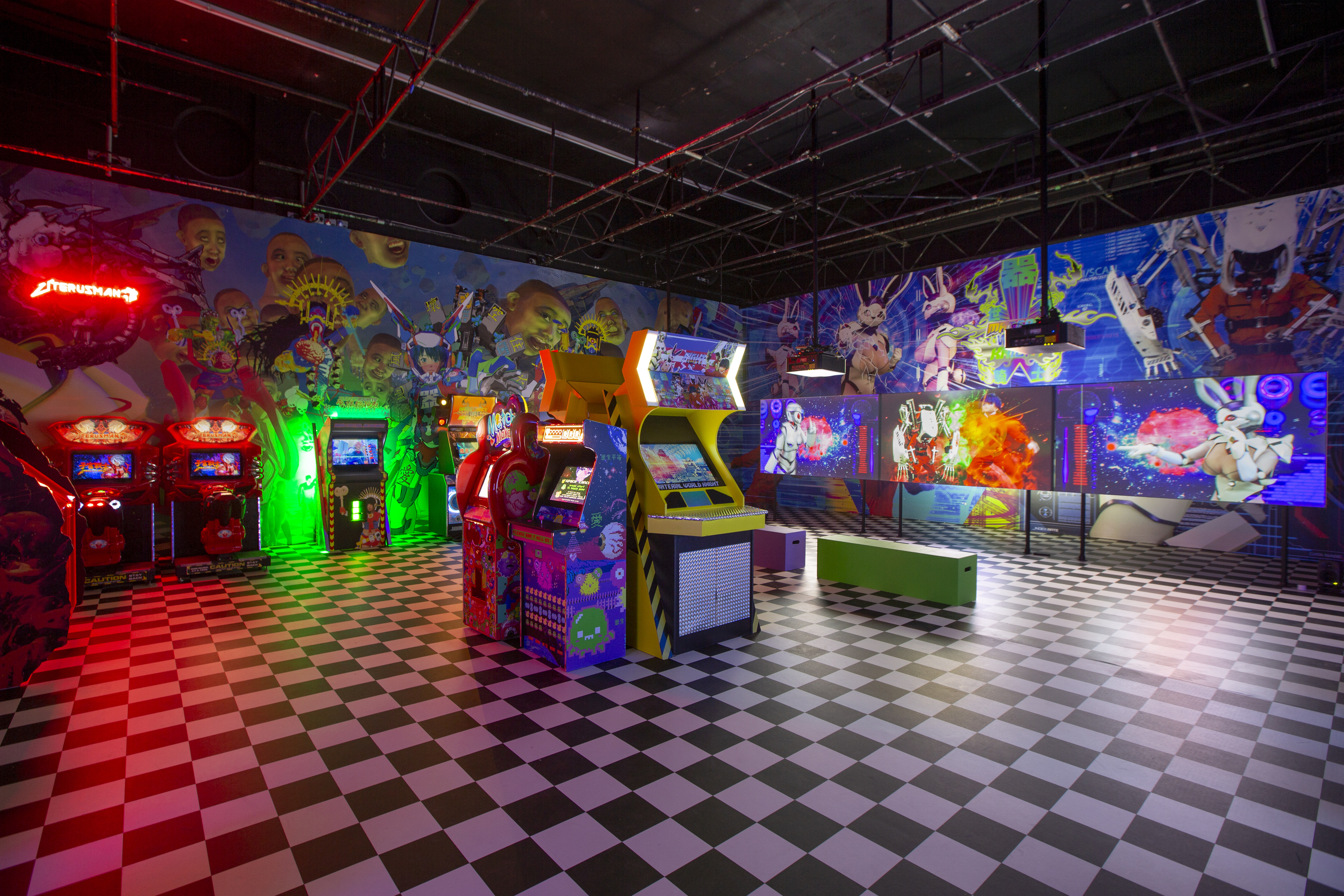 In video games, you can be whoever you want to be. By day, you might be Tim from accounts, but once you get home, you’re an ancient assassin, a Norse god, an orc or an elite Marine. You can create an avatar, you can choose a new body, a new nose, a new gender.

Chinese artist LuYang uses those ideas of bodily and spiritual freedom to explore themes of life, death, Buddhism and philosophy, all through the hyper-intense lens of anime, sci fi and gaming.

The main video finds the artist’s avatar Doku moving through various states of perception and existence, flying over hills covered with the ex-bodies of the reincarnated, dancing in hell, floating in space, their body crystallising and exploding into nothingness. A voice questions the meaning of the self, the body, of good and bad, physical and immaterial. LuYang is forcing you to consider your body, your selfhood, how you’ve lived, how you’ll die. It’s brilliant, complex, powerful, over the top, a bit silly, and genuinely moving.

All around it are videos of Doku as heaven and hell engaged in a very po-faced but also very funny dance battle, creating a new god in the process, Other videos find LuYang’s avatars brandishing severed heads, dancing covered in skulls, shooting lasers out of their bodies, rendered in crisp, eye-searing, psychedelic, HD, video game perfection. It’s all LuYang using the aesthetics and language of anime and gaming to explore life and death.

But the backroom has the biggest surprise: a fully functioning, real life, actual arcade. You can play a version of Space Invaders where you have to shoot cancer cells out of the sky, ride the Uterus Man motorbike, lose yourself in Buddhist-themed games about hell and the material world. Trocadero art.

It’s an overwhelming sensory environment, you’re battered in the eyeballs with neon lights, cartoon graphics and pounding pop music. Like lots of anime and gaming, LuYang’s work is so steeped in its own complex language and lore and mythology that it can feel impenetrable, but they’re using those popular cultural forms to snare you into meditations on death, religion and the meaning of life – all this sugar-coated noise is hiding some very deep, very complex ideas.
The most important clue as to what this is all about is in the title: neti neti is a Sanskrit saying meaning ‘neither this, nor that’. The videos and games here are a rejection of binary modes of living: male and female, life and death, digital and physical. It’s LuYang pushing to define their own existence, fighting for the freedom to be who they want to be, and telling you that you can do the same.

LuYang would probably reject a binary view of their art as either good or bad, too, but it’s worth making an exception, because it’s really, really good.