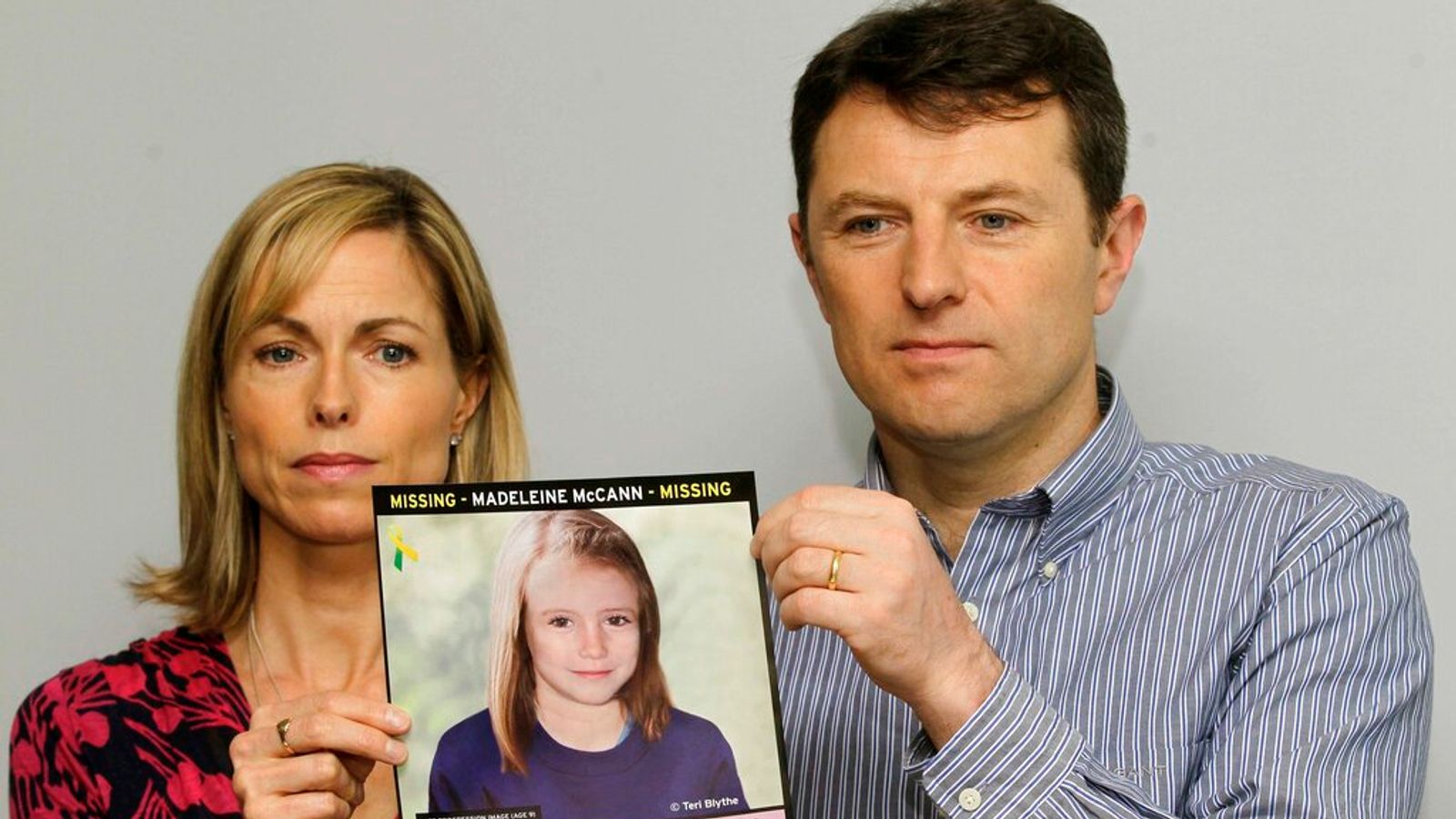 Madeleine McCann’s parents have lost a court case over claims in a bestselling book by a former detective that implicated them in their daughter’s disappearance.

Lawyers for Kate and Gerry McCann argued that the Portuguese authorities had breached their right to respect for a private and family life in the way the courts there dealt with their libel claims against Goncalo Amaral.

The case has rumbled on for years, but came to a head on Tuesday at the European Court of Human Rights (ECHR), which ruled there had been no violation.

Mr Amaral was the lead detective investigating the disappearance of Madeleine, but was removed from the case after criticising British police.

His 2008 book implicated the McCanns in their daughter’s abduction and accused them of hiding her body.

The family were on holiday in Praia da Luz in the Algarve region of Portugal when Madeleine, who was three at the time, went missing from their holiday apartment.

Read more:
McCanns mark 15 years since disappearance with Winnie the Pooh quote
‘Distressing’ burger advert banned for making light of Madeleine McCann
Madeleine McCann suspect claims he has an alibi that can be backed up

The ECHR said that even if the McCanns’ reputation had been damaged, this was “not on account of the argument put forward by the book’s author”.

Instead, this was “a result of the suspicions expressed against them, which had led to their being placed under investigation” and had led to intense media attention and controversy.

The court added: “The information had thus been brought to the public’s attention in some detail even before the investigation file was made available to the media and the book in question was published.

“It followed that the national authorities had not failed in their positive obligation to protect the applicants’ right to respect for their private life.”

The McCanns now have three months to appeal against the decision.

Mr Amaral was ordered to pay the McCanns €500,000 in libel damages by a Lisbon court in 2015, but the decision was overturned and then thrown out by the Portuguese Supreme Court in 2017.

There has been no trace of Madeleine since her disappearance 15 years ago, though her parents cling to the hope she will be found alive.

In April this year a convicted child abuser, named as Christian B, was made an official suspect – an “arguido” – in her disappearance.

Less than two weeks later he declared he had an alibi, insisting he was many miles from the scene having sex with a young woman who would back him up.

According to the Metropolitan Police, Portuguese authorities retain the lead in the investigation and the Met continues to support them.