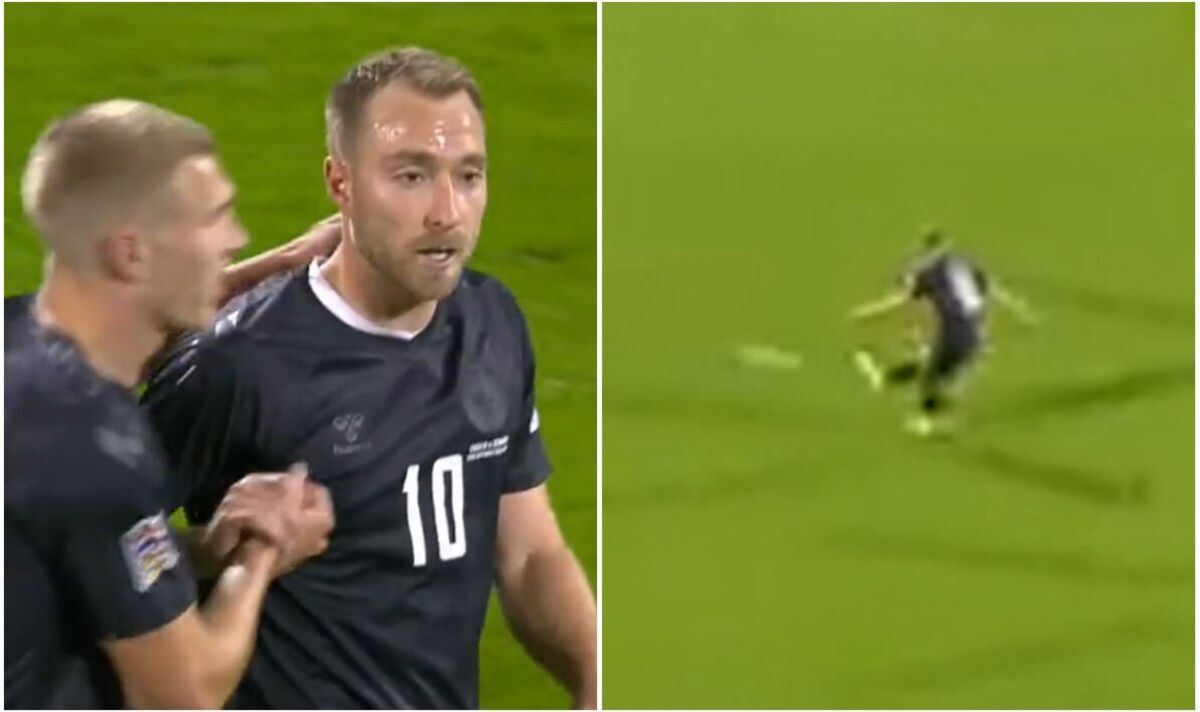 Manchester United supporters seemingly have one eye on a crunch clash with Manchester City, judging by the reaction to Christian Eriksen’s superb Denmark strike on Thursday. The silky midfielder has been a smash hit since completing a free transfer from Brentford over the summer and he has shown more of his class over the international break.

Eriksen was snapped up by Brentford in January this year, having taken time off after suffering a cardiac arrest at Euro 2020. It was immediately apparent that he could still cut it at the very highest level and, although the Bees made a lucrative contract offer to keep him, the lure of moving to Old Trafford proved too much.

The 30-year-old has featured in all six of United’s Premier League games this term, as well as twice in the Europa League, notching two assists. He’s considered a nailed-on starter for the trip to Man City straight after the international break on October 2.

A chunk of Red Devils fans are already mapping out their ideal strategy for the high-stakes encounter and Eriksen’s sensational strike on Thursday appears to have given them more belief.

JUST IN: Tottenham chief Daniel Levy warned he could be ‘held to ransom’ next summer

Plenty of other Red Devils supporters were on the same page as @officialstyleeb wrote: “Now do this against City.” Meanwhile, @phillysmoker14 added: “Pray for Man City.” In theory, United should have their work cut out against the Sky Blues with Pep Guardiola’s side still unbeaten after seven Premier League games.

By contrast, United are in fifth with four wins and two defeats. They do, at least, have momentum with a run of four consecutive league victories following the two dismal defeats that marked the beginning of Erik ten Hag’s tenure as boss. Postponements and the international break mean that the Manchester derby will be United’s first Premier League game for almost a month.

Stopping Erling Haaland will also be a key point of focus, given the rampant form he has shown since signing from Borussia Dortmund this summer. The Norwegian is scoring at an incomprehensible rate of once every 52 minutes, with his haul of 11 goals almost double that of his nearest challenger.

United legend Paul Scholes called the striker ‘f****** amazing’ this week, but claims that Kylian Mbappe has more to offer. “Haaland, look Haaland’s f***ing amazing don’t get me wrong, but he’s just a goalscorer isn’t he,” he told The Overlap.