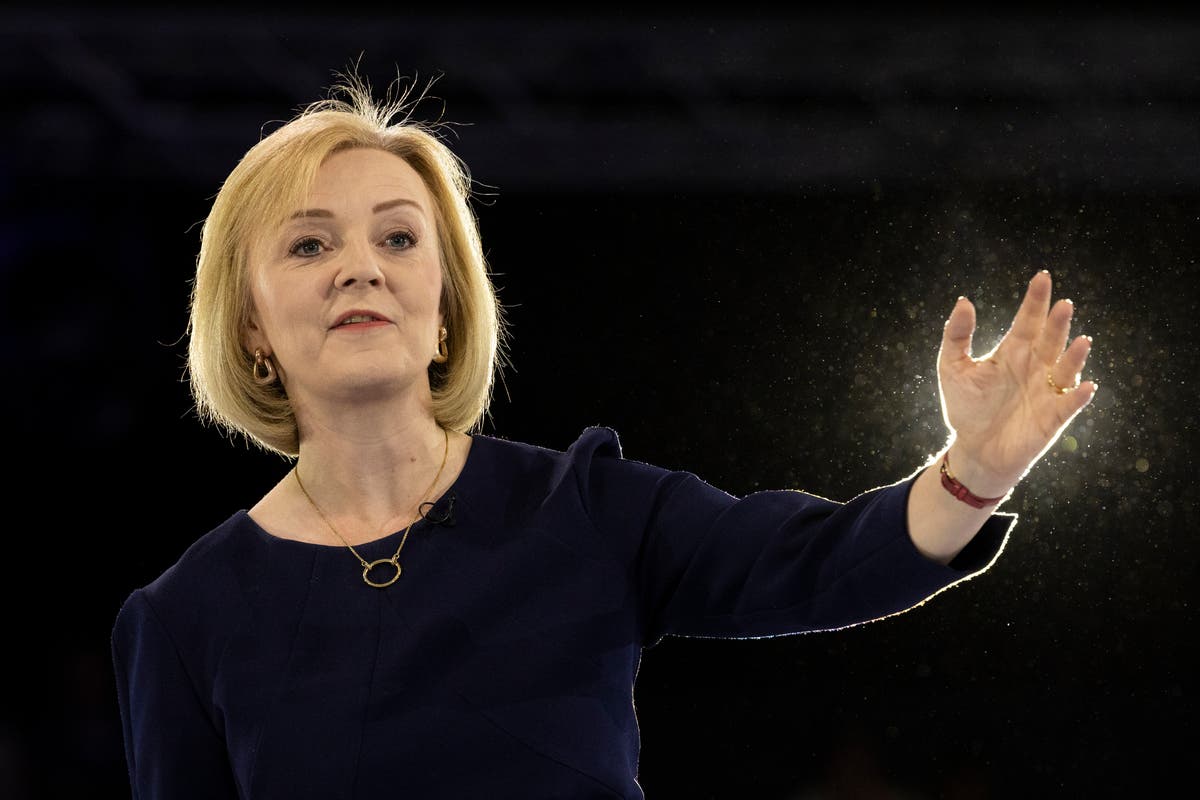 Voting has now closed in the Tory leadership contest, bringing to an end the contest to decide the next Conservative leader and Boris Johnson’s successor as prime minister.

Either Liz Truss or Rishi Sunak will be announced as the winner on Monday, taking over as prime minister the following day.

The Independent has also been told that Thérèse Coffey, a long-standing Truss ally, is tipped to take on the role of health secretary, a large promotion from her current position as works and pensions secretary.

Other politicians who are likely to gain from a Truss premiership include Kwasi Kwarteng and Jacob Rees-Mogg, who are predicted to become chancellor and business secretary respectively.

Most pollsters believe Ms Truss will comfortably win the Tory leadership contest, which ends at 5pm on Friday.

Welcome to The Independent’s live blog on everything related to politics in the UK.

Two women have accused a cabinet minister and a top 10 Downing Street aide in Boris Johnson’s government of sexual misconduct.

The first woman told Sky News: “I was sexually assaulted by someone who is now a cabinet minister. I was in my early 20s and didn’t really know how to deal with it.

“I was super drunk, he is feeding me more wine and I am already quite obviously tanked, but after a while, I was like ‘You know what? Would you mind if I just went to bed?’ So I went to bed, but obviously, he didn’t leave me alone.”

The second woman said she was working at a Conservative event when she was groped, adding: “I turned around and this guy was just looking right at me.”

Boris Johnson on Thursday confirmed that he is committing £700m of government money to a new £30bn nuclear reactor at Sizewell C in Suffolk.

Speaking at the site of the proposed plant, the outgoing prime minister said that he believed the cash would allow developer EDF to get the project “over the line” within the coming weeks.

In a message to Tory leadership hopefuls Liz Truss or Rishi Sunak – one of whom will take over at No 10 on Tuesday – Mr Johnson said it would be “madness” not to approve the project, adding: “Go nuclear, go large, go with Sizewell C.”

Prime minister Boris Johnson has advised people to spend £20 on a new kettle to save £10 on their yearly electricity bill.

Speaking in Suffolk, he said: “If you have an old kettle that takes ages to boil, it may cost you £20 to replace it. But if you get a new one you will save £10 a year every year on your electricity bill.”

“Is he seriously out of touch, or is it that he just doesn’t care, or both?” Labour shadow business minister Bill Esterson said.

Boris Johnson has advised people to spend £20 on a new kettle to save £10 on their yearly electricity bill, prompting ridicule from some social media users.Speaking in Suffolk, the outgoing prime minister said: “If you have an old kettle that takes ages to boil, it may cost you £20 to replace it. But if you get a new one you will save £10 a year every year on your electricity bill.”“Is he seriously out of touch, or is it that he just doesn’t care, or both?” Labour shadow business minister Bill Esterson said.Sign up to our newsletters.

Liz Truss has firmly pledged there will be “no new taxes” if she becomes prime minister next week.

Ms Truss also specifically ruled out a new windfall tax on energy companies which are raking in massive profits as a result of the historic spike in gas prices.

She promised that there will be no French-style energy rationing this winter, when average domestic fuel prices are set to rise to an annual £3,459.

Outgoing prime minister Boris Johnson was severely criticised on social media for suggesting Britons buy a £20 kettle to save £10 in electricity bills over the next 12 months.

Speaking in Suffolk on Thursday, Mr Johnson said: “If you have an old kettle which takes ages to boil, it may cost you £20 to replace it – but if you get a new one, you’ll save £10 a year every year on your electricity bill.”

The UK is currently experiencing a cost-of-living crisis which is set to worsen as energy price caps surpass £3,500 in October.

Twitter users were quick to pick up on the suggestion, with one person writing: “He’s now outright taking the mickey of those drowning in costs, as he comes back home from his luxury traveling around Europe.”

A man has said he “thought he was dreaming” after waking up to find Boris Johnson in his flat, surrounded by police officers.

Splinter Sales, who described himself as a hip-hop rapper, told The Independent he woke up to shouts of “police” outside the property in West Norwood, southeast London, on Wednesday morning.

He filmed the moment he opened the door of his bedroom to see the prime minister standing in the hallway as part of a Metropolitan Police raid.

His video, which has gone viral after being posted on TikTok, shows Mr Johnson smiling and asking, “How are you doing?” after the man called out, “Wagwan [what’s going on], Boris?” and burst into laughter.

‘I thought I was dreaming’: Man wakes up to Boris Johnson on police raid in his flat

Exclusive: ‘I was drunk last night, I woke up to see Boris Johnson in my face. I thought I was dreaming,’ rapper tells The Independent

NHS leaders have warned of a “staggering” level of staff vacancies, with one in 10 NHS jobs lying vacant.

‘We cannot afford to lose a single professional, and patients pay a heavy price,’ warns Royal College of Nursing chief

On a trip to Australia to promote the trade agreement, the minister said: “Our friendship with Australia is more important than ever.

“Together, we show the world that we will stand up for liberty, that we fight back against tyranny, and we will defend our societies’ shared values.”

The deal is not expected to have a large effect on UK gross domestic product, with official estimates estimating a maximum increase of 0.08 per cent.

The agreement has been criticised over fears that it will adversely affect British farmers, who could be priced out of the market by their Australian peers.

Race to replace Johnson as PM enters its last day

The Conservative leadership race has entered its final hours.

Tory party members have until 5pm today to cast their votes for Liz Truss or Rishi Sunak.

Boris Johnson’s replacement will not be announced until Monday. Both he and his successor will then travel to Balmoral – rather than the usual Buckingham Place – to see the Queen.

In his last week in office, Mr Johnson committed £700m towards Sizewell C, a new nuclear power station in Suffolk.