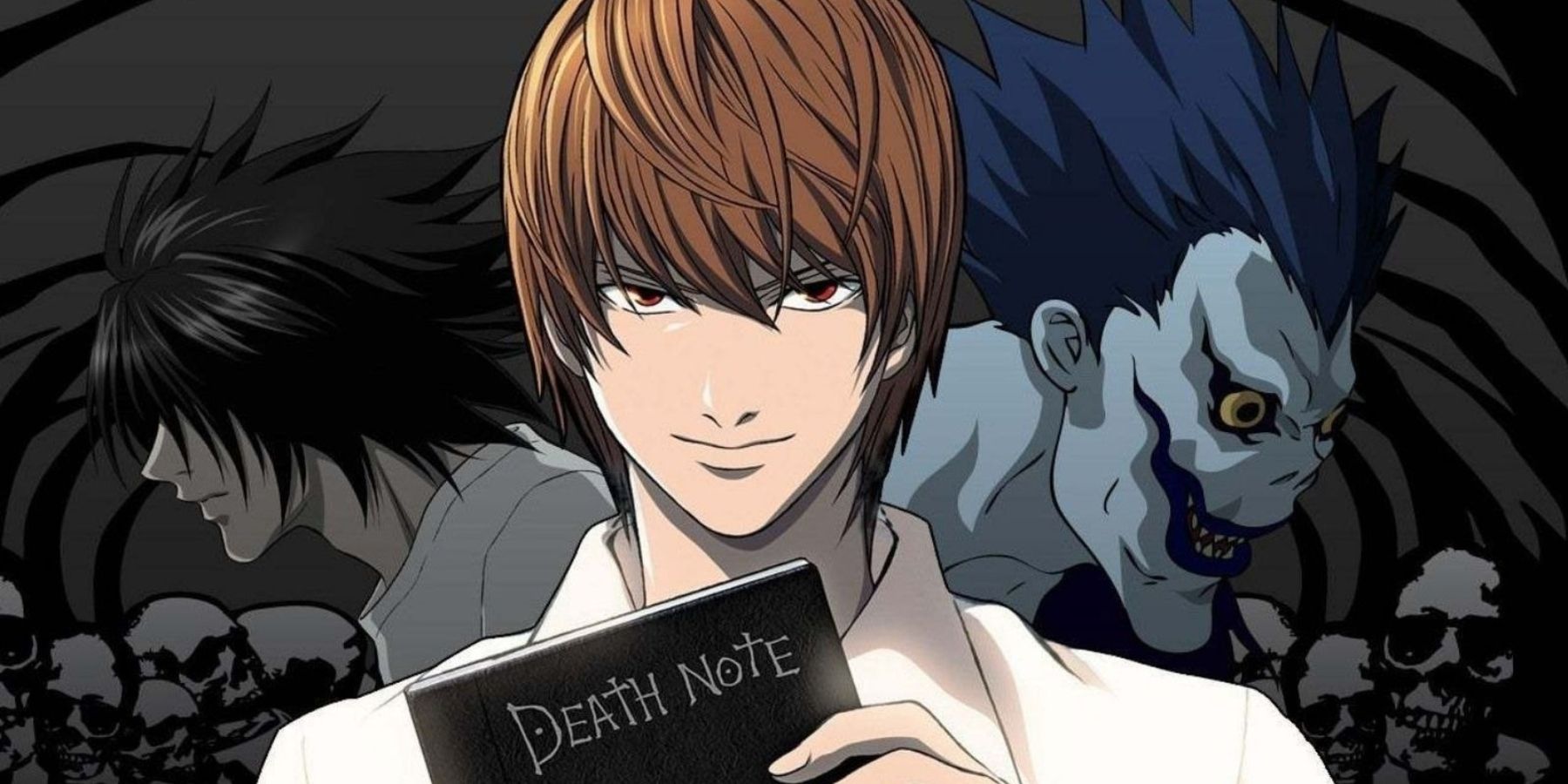 Death Note is a manga series that was first published in chapters through a magazine, from 2003 to 2006, until all the chapters were collected and published in a twelve-part series. After that, it didn’t take long for the series to grow in popularity and within a year, it was being made into an anime series.

Through Viz Media, the Death Note storyline blew up among North American viewers. Even when Japanese live-action film adaptations were made of the story, they premiered in a select few North American theaters and had pretty good turnouts, proving how big the fan base really was in the U.S. and Canada– and it’s only grown since then.

Because anime was slowly becoming more and more popular in North America, the demand for content that was translated grew, as did the demand for more accessible viewing platforms (beyond finding it on the internet). In an attempt to avoid losing money to viewer’s pirating content, several big anime creators shared their stuff with streaming companies. Considering how accessible most streaming companies make entire series of anime, many anime series elevated even more in popularity among the North American audience.

Given the success of these stories in Japan, as well as the popularity of their translated versions across the globe, the demand for anime-based content grows. Of course, now when there’s a demand for content it is usually streaming companies that are among the first to cater to the need. This is no different with anime. As the measure of anime popularity grows, so do the number of live-action adaptations, especially with popular storylines like Cowboy Bebop, Dragonball, and Death Note.

While the Japanese adaptations do a fantastic job exploring the story, and honestly give a more honest and immersive reflection of the culture that the story comes from, finding translated versions of them was difficult to do for a long while. As a response, streaming giant, Netflix, who had already begun including more anime content on their platform, created their own live-action film adaptation of Death Note in 2017. The film didn’t receive particularly great reviews and strayed from several seemingly important details in the original manga telling of the tale.

Since nearly half a decade has passed, the streaming platform has announced their intention to give a Death Note live-action adaptation another go, this time in television format which will likely give them more time to properly explore the story and world. Along with a new format, Netflix has also equipped what is potentially, currently, their greatest asset to bring the series to life: The Duffer brothers. Still reeling from the success of the two-part season 4 of Stranger Things, the Duffer brothers are possibly what is keeping Netflix at the top of the charts, in terms of views. The writers, whose show actually caused Netflix’s site to crash from viewer use, have more than proven their ability to successfully bring to life a seemingly unrealistic world and multi-layered characters.

Nonetheless, despite how much the brothers have proven their abilities, anime fans are still skeptical of another live-action adaptation. Die-hard Death Note fans are likely tired of being disappointed by live-action adaptations that can’t capture the chilling magic of the story the same way as the manga and anime. What allows anime stories to function so well is the fact that they’re animated and can thus stretch the perimeters of reality without it being corny or obvious, and that often doesn’t translate well to live-action. That doesn’t mean it can’t be done though. That said, the Duffer brothers appear to have a good understanding of examining dark worlds through a very realistic, human lens, so if any American writers are capable of it, it’s probably them.

Perhaps it’s that Netflix realized where they went wrong with their original film adaptation, or perhaps it’s that they felt they had found writers that would be able to capture and do justice to the complexity of the world that the story is set in. It actually may be a good thing that the streaming platform already did an adaptation of the tale because it allowed them to familiarize themselves with the story and hear the fan feedback on where they went wrong. It certainly seems to have served as a good learning moment for the company.

There is, however, the fact that Netflix– and any American company for that matter– has yet to create a live-action adaptation of an anime story that was received well by fans. That is, perhaps, because the formula of writing for Japanese anime is so different and focused on different things than the television formats in the U.S. and Canada. That point indicates that the significance of an anime is not just the plot line or story concept, but also the world it’s set in, and thus, the culture. The key to a successful adaptation is finding the vital cultural points, thematic points, and narrative points from the original story.

Anime adaptations are generally received much better than live-action retellings because they follow the manga more closely. Beyond capturing more of the manga’s description of the tale, they also capture the characters in the same, or a very similar, art form, allowing the viewer to automatically recognize who the characters are if they read the manga. So, again, the best hope for any live-action adaptation is to capture the most essential elements of the story and world from the manga.

The Duffer brothers have proven through their success with Stranger Things that they can take a complex and dark storyline and humanize each of the characters playing a part in it, while still igniting the furthest stretches of the human imagination. If they maintain a focus on the essential components of the manga series of Death Note, and cast the same way that they did for their 80s sc-fi horror success, they will likely have everything they need to create a live-action adaptation that satisfies old fans and hooks new ones.