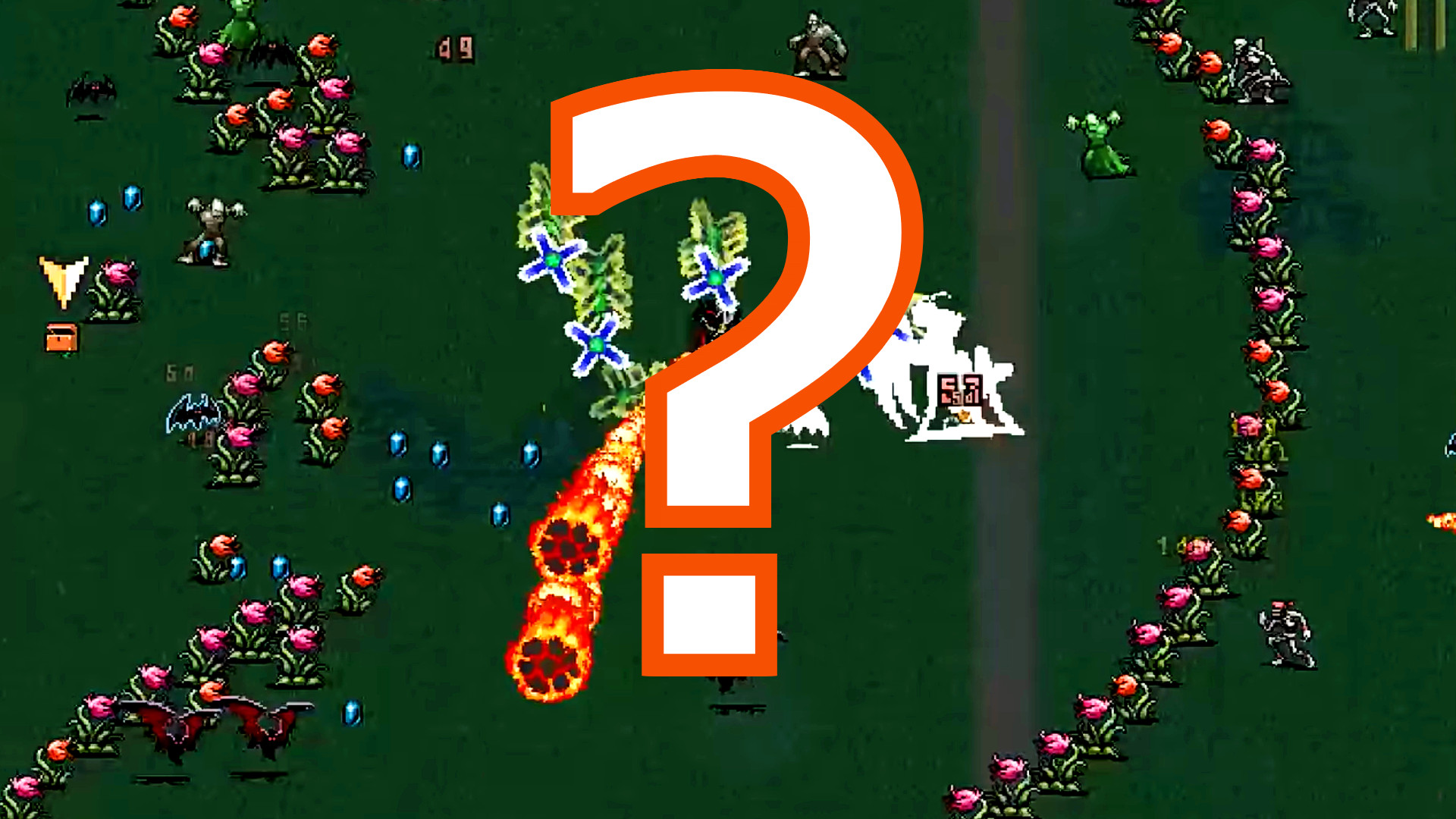 There’s a new Vampire Survivors character joining the roguelike game, and it’s quite literally an unknown. While developer Poncle said that the Vampire Survivors All-in-One patch would be the last before the version 1.0 release date, the team has snuck out a surprise patch for the survival game on September 2, saying that “the vampires aren’t going to survive themselves, so the team has been hard at work putting out even more content.”

Vampire Survivors patch 0.11.2 includes a new game mode – quick start mode. This offers players an additional challenge by randomly picking from the selection of available characters and stages. Given how many options there are in Vampire Survivors, the most difficult decision can sometimes be who you’re going to play as and where you’re going to go for your next run, so this new addition will be a welcome way to both jump into a game quickly and keep you on your toes.

The other major addition is a new member to the roster of playable characters, and this one is truly an unknown. More specifically, it’s a question mark. That’s right – a literal playable question mark. No details are given for how this new character is unlocked, but given the nature of it we’d be surprised if it isn’t somehow tied to the new mode.

In addition, there are also new cheats – sorry, I’ve been told they are new ‘spells’ – coming to the game. As always, our Vampire Survivors cheats guide will ensure you’re up to date on all of the wonderful ch- spells you can cast. There are also several bug fixes and tweaks included, and full patch notes for the update can be found on the game’s Steam page.

If you’re jumping into the vampire game’s newest update, be sure to take a look at our Vampire Survivors weapon evolution guide to maximise the power of all the equipment you can get your hands on. If you’re still after some advice, our guide to the best Vampire survivors build should set you off on the road to success. We’ll be sure to keep you updated on all the news as the game reaches 1.0 – perhaps we’ll even get an actual playable vampire soon.