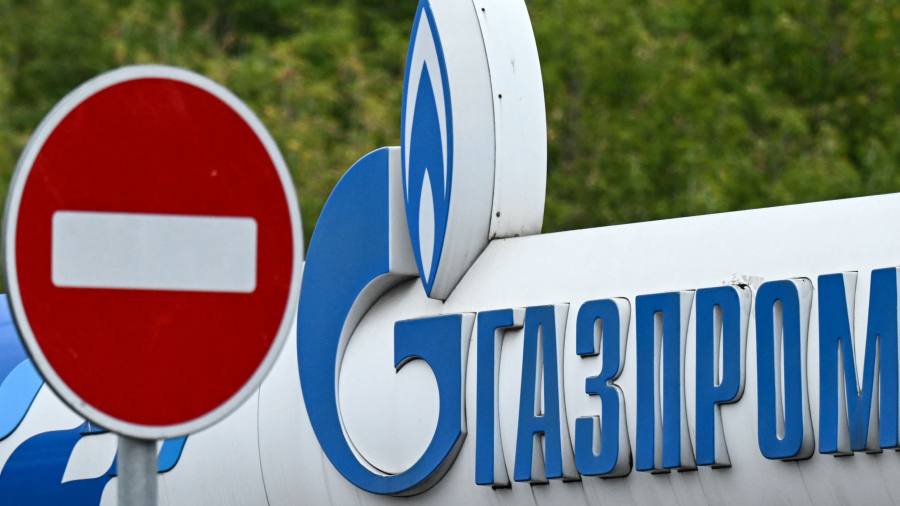 Russia has indefinitely suspended natural gas flows through the Nord Stream 1 pipeline, exacerbating a squeeze on Europe’s energy supplies and deepening the recession risks faced in the EU.

State-owned Gazprom, which was meant to restore operations on the Baltic Sea pipeline on Saturday after three days of maintenance, said the suspension was due to a technical fault.

The move came hours after the G7 said they were pushing ahead with a plan to try impose a price cap on Russia’s oil exports as part of a bid to lower revenues flowing to Moscow that it can use to fund its war in Ukraine.

It will heighten fears in European capitals that Russia aims to further cut supplies before the winter. Moscow has been accused of “weaponising” its gas to stoke a cost of living crisis in retaliation for western support for Ukraine.

“Gazprom’s announcement this afternoon that it is once again shutting down Nord Stream 1 under fallacious pretences is another confirmation of its unreliability as a supplier,” Eric Mamer, the European Commission’s chief spokesman, wrote on Twitter.

“It’s also proof of Russia’s cynicism, as it prefers to flare gas instead of honouring contracts.”

Russian president Vladimir Putin has made little attempt to hide his goal to undermine western sanctions and stop attempts by Ukraine’s allies to reduce their dependence on Moscow’s oil and gas exports.

Gazprom had already cut capacity on Nord Stream 1 since June, curtailing volumes to just 20 per cent of normal levels and triggering a more than doubling in European gas prices.

The company said the shutdown was because of an oil leak discovered in the main gas turbine at the Portovaya compressor station near St Petersburg, which feeds the line that runs through the Baltic Sea to Germany.

After jumping last week to an all-time high, European gas prices have slid in recent days, declining by a third to €209 per megawatt hour — though that is still about 10 times the average level of the past decade.

Prices eased partly as the EU hit its target of filling storage sites to 80 per cent of capacity ahead of the winter heating season. But gas stocks in storage alone are not enough to meet winter demand without normal Russian export flows.

Germany and other large European economies aim to cut their gas demand by 15 per cent to avoid severe shortages, though they may still need to introduce rationing. Blackouts are a possibility. Before its full-scale invasion of Ukraine, Russia met about 40 per cent of Europe’s gas demand.

Simone Tagliapietra, a senior fellow at the Bruegel think-tank, said the latest announcement was an indication that a winter with “zero Russian gas” should be treated as the central scenario for Europe.

He added: “There is only one way to prepare for that: reducing gas and electricity demand. This must be Europe’s key policy priority.”

EU member states have also been seeking to diversify their gas supplies, including by purchasing more seaborne liquefied natural gas from countries including the US. The complete halt of Nord Stream leaves just two significant pipeline routes supplying Russian gas to the EU: one through Ukraine and another across the Black Sea and through Turkey.

A representative for the German economy ministry said it had already seen Russia’s unreliability as a supplier and that “as a result we are much better prepared than we were a few months ago”.

“We will reach our target of getting [storage facilities] 85 per cent full by October already in the first few days of September,” the ministry representative added. “We are also making good progress in finding alternative supply routes to the Russian ones and building import capacities for LNG.”

EU energy ministers are due to meet in an emergency session in Brussels next Friday to further discuss their preparations for the winter, including the ways of mitigating the impact of soaring gas prices on electricity costs.

In an internal policy paper this week, the commission said that member states could funnel a share of inflated profits generated by power companies to consumers as part of a plan to cushion soaring wholesale electricity prices in Europe.

Additional reporting by Sam Fleming and Andy Bounds in Brussels