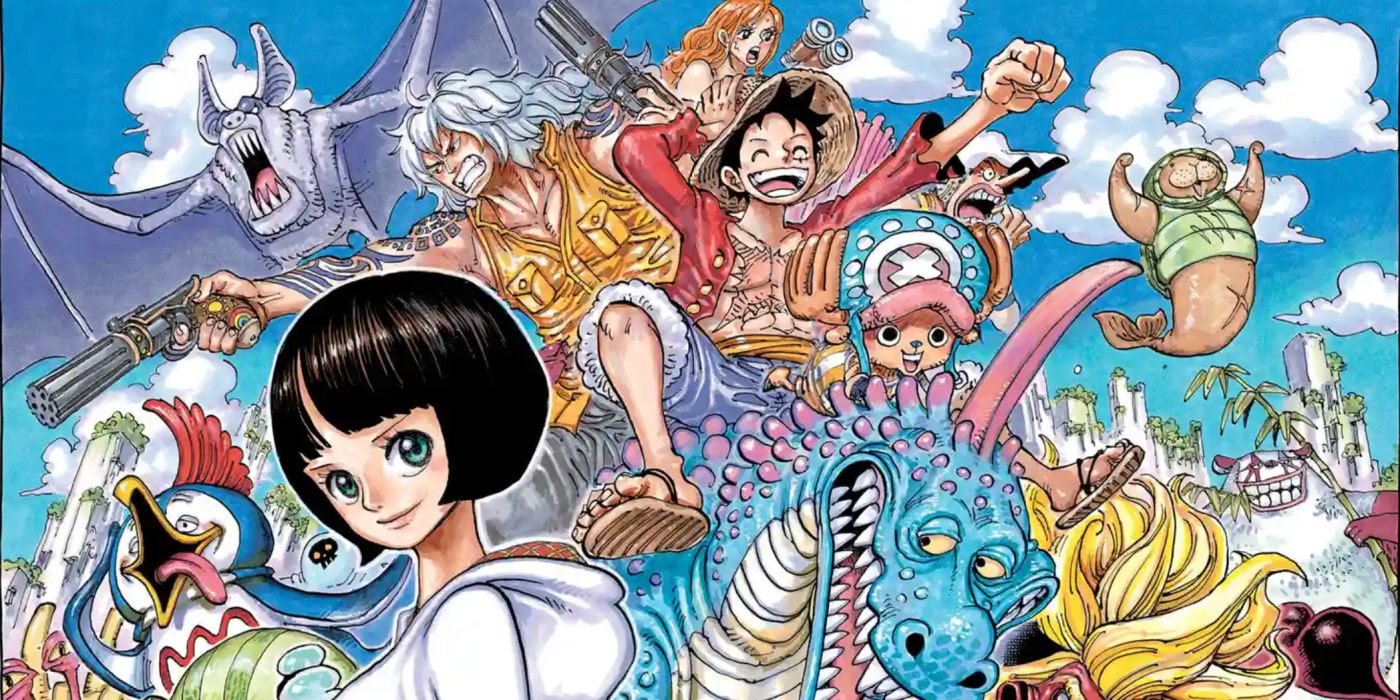 One Piece is easily one of the most popular anime and manga stories, as well as one of the biggest franchises in general. This means that series creator Eiichiro Oda knows a thing or two about what it takes to make a great shonen manga. He’s recently made it known that he believes other shonen books currently running are a bit too serious, but the creator of Monkey D. Luffy may be wrong on this one.

The resurgence in more serious-minded, namely horror-based shonen manga is actually a throwback to the 1980s. Not only does it have a historical precedent, but it might even curtail some of the excesses in shonen stories from being so prevalent. Here’s how putting on a more serious face could actually help shonen manga.

RELATED: What Was the First Shonen Anime – and Is It Still Worth Watching Today?

Many Classic Shonen Manga Were More Serious Than Their Successors

Nowadays, shonen is most characterized by bright, colorful and adventurous manga. These include the aforementioned One Piece, as well as Naruto, Dragon Ball, My Hero Academia and One-Punch Man. More recently, however, there’s been an uptick in more serious and many times darker stories such as Chainsaw Man and Jujutsu Kaisen. These shows tend to have more gruesome tones and concepts, not to mentioned fewer gags and lighthearted elements.

This makes those stories similar to old school shonen manga such as Fist of the North Star and the early days of Jojo’s Bizarre Adventure. These manga were hardly ever comedy hours, with the former focusing on pure action and gutwrenching developments. They can both be seen as tamer versions of the hardcore series Berserk, essentially being segways of sorts into that manga. Given that they’re both seminal and classic franchises, newer shonen manga being serious in the same way is in the demographic genre’s DNA, not sacrilegious. In fact, hewing closer to this might be for the better in terms of a story’s longevity.

Being More Serious Might Fix Some of Shonen’s Problems

Having grown up with its audience, Jojo’s Bizarre Adventure is now classified as a “seinen” series. Doing just that might help out other longwinded shonen franchises, especially if it means increasing the writing quality to meet the tastes of now-adult readers. Other criticisms of shonen include fanservice, and though this element might have its place, it’d likely be a lot less prevalent in a story that takes the material a bit more seriously. The same goes for perhaps the biggest sin of shonen manga: nakama.

Also known as the power of friendship, this plot device shows up most prominently in the series Fairy Tail. There, it allows the heroes to come back from all odds simply because the red-hot intensity of their love for each other reaches beyond the heavens and into the stratosphere. Needless to say, a narrative trying to be more serious in its stakes and storytelling would wisely avoid such contrivances.

Power creep can also be a big issue, and it stems from the sort of schoolyard one-upmanship that drives typical shonen storytelling. One character has an incredibly powerful, all-encompassing attack that cannot be overcome — until a villain shows up with a technique that’s even more powerful. More serious stakes and tension make for less of these deus ex machinas, thus making for better written shonen manga.

At the same time, there’s still a place for more lighthearted fare, as One Piece itself proves. Given that it’s still king of the pirates amid other franchises, there seems to be room for balance among the tones and scopes of shonen manga. Nevertheless, taking more of a page from its older seinen brother might do shonen some good, even if it does rub Eiichiro Oda the wrong way.