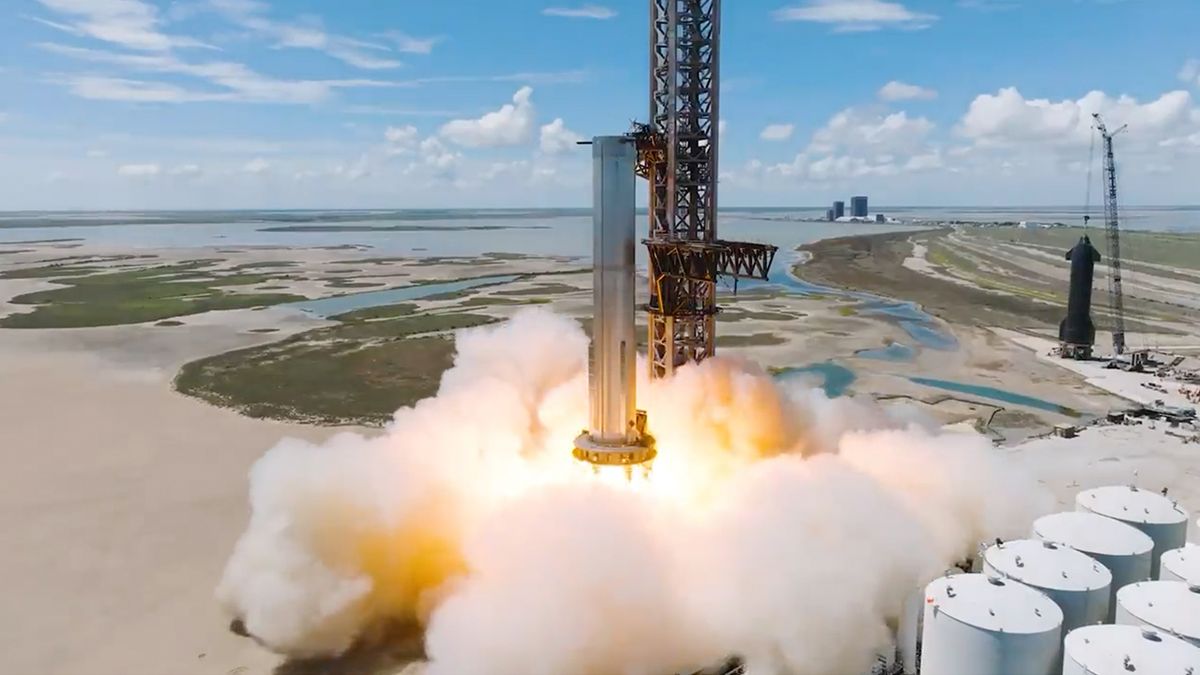 SpaceX fired seven engines on its Starship Super Heavy prototype “Booster 7” on Monday (Sept. 19), marking the highest number of the company’s new Raptor engines ever tested at the same time.

The company is testing some of Booster 7’s engines ahead of its planned first orbital flight of Starship, a 165-foot tall (50 meters) reusable spacecraft that will be lifted to orbit by 33 next-generation Raptor engines inside a Super Heavy booster, which stands 230 feet (70 m) tall. Starship will feature six of the engines.

To prepare for Starship’s maiden orbital flight, SpaceX has been conducting “static fire” tests in which one or more engines are ignited while the vehicle remains stationary on the ground.

In a subsequent tweet, Musk stated (opens in new tab) that “Booster 7 now returns to high bay for robustness upgrades & booster 8 moves to pad for testing,” adding that the company’s next big Starship system test will be a “full stack wet dress rehearsal, then 33 engine firing in a few weeks.” The “full stack” consists of Starship atop a Super Heavy booster rocket, which together make up the world’s tallest rocket at a whopping 395 feet tall (120 m).

SpaceX has not released a projected date for the test of its full Starship stack, but has signaled that it aims to launch the vehicle for an orbital test in the coming months.