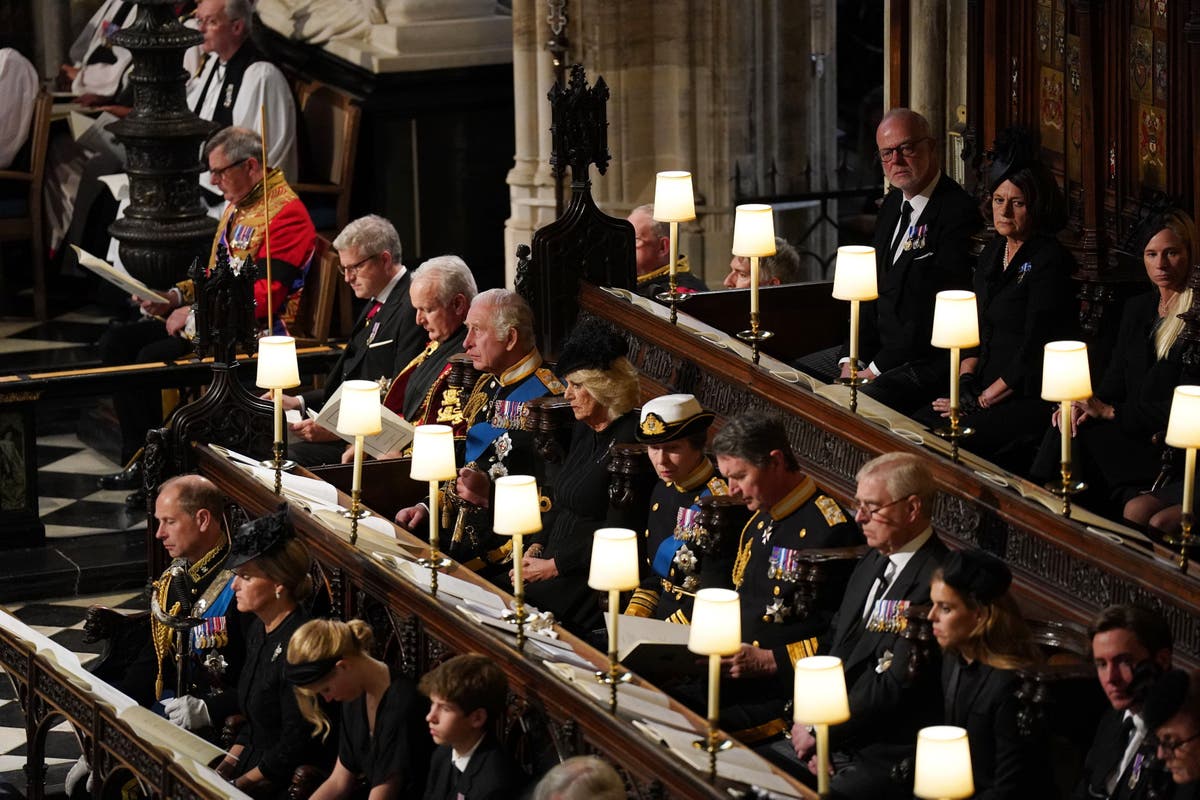 King Charles III watched his mother Queen Elizabeth II’s funeral from a seat in the second row of St George’s Chapel, with the seat directly in front of the new monarch left intentionally empty.

The seating arrangements during the Queen’s committal service at St George’s Chapel on Monday 19 September, which took place after a state funeral at Westminster Abbey in London attended by 2,000 mourners, saw the King seated in the first seat of the second row beside his wife Camilla, Queen Consort.

The King’s seat was the one normally filled by the Queen, who sat in the second row for notable events such as Prince Harry and Meghan Markle’s wedding in May 2018, and Princess Eugenie’s wedding to Jack Brooksbank in October 2018.

The British monarch, who ruled for 70 years, also sat in the seat during the funeral service for her husband Prince Philip. During the ceremony, which took place on 17 April 2021, the Queen followed Covid precautions as she sat alone in the second row.

Following the Duke and Duchess of Sussex’s wedding, Mr Fitzwilliams also clarified that the empty seat is not a tribute to a departed loved one, as many suggested.

“During Harry and Meghan’s wedding some erroneously thought the empty seat was intended as a tribute to Diana,” Mr Fitzwilliams said.

During the Queen’s committal service at St George’s Chapel, King Charles and the Queen Consort were joined by his sister Princess Anne and his brother Prince Andrew and their respective families. Prince Harry and Meghan joined the Prince and Princess of Wales, and their two eldest children, Prince George, nine, and Princess Charlotte, seven, in another pew. Prince William and Prince George’s seats, which were next to one another and closest to the altar, signified their status as the next two people in the line of succession to the throne, according to People.

The seating arrangement during the committal service comes after Prince Harry and Meghan were seated in the second row, behind other members of the royal family, during the Westminster Abbey service for the Queen earlier in the day.

Following the committal ceremony, the Queen’s coffin was lowered into the royal vault.