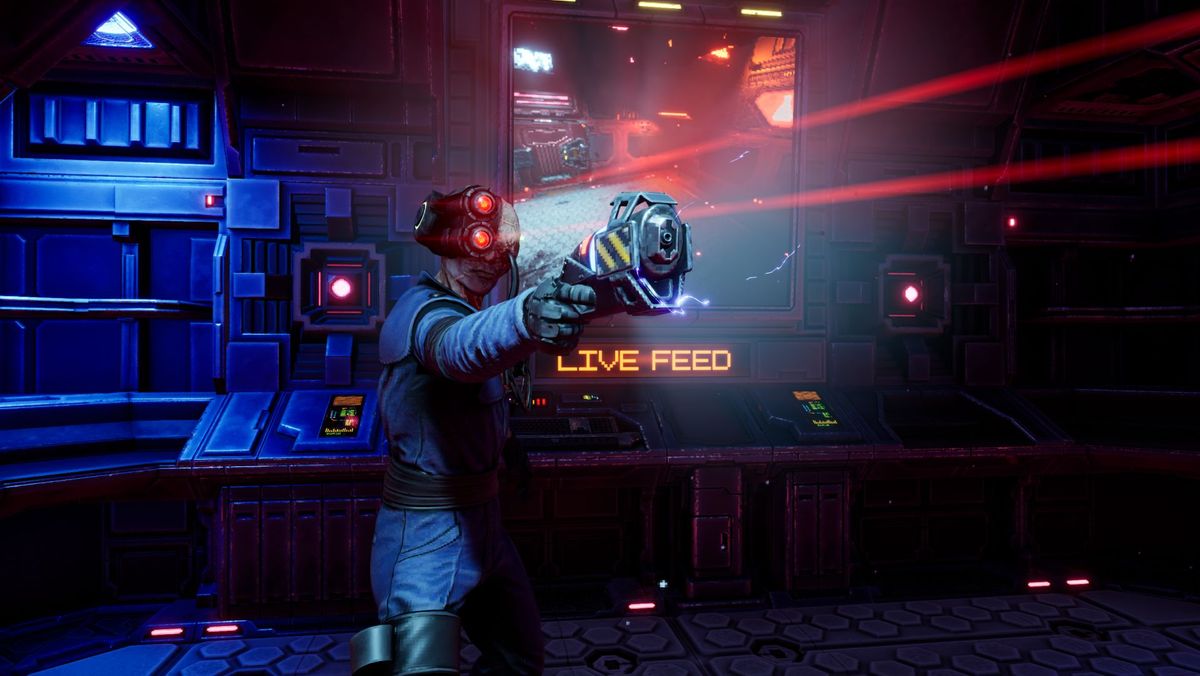 There’s a question that’s always asked by members of the industry at Gamescom. When you bump into someone you know as you’re rushing between appointments. As you’re debriefing about what you’ve seen in the pub after-hours. As you’re in the press room, struggling to transcribe an interview over the ambient noise that is Koelnmesse at full capacity. The question is always the same: “How’s your Gamescom going?”

Many of the people I talked to seemed to think it was a disappointment this year—a quiet showing from an industry still recovering from the effects of the pandemic. The major publishers hadn’t shown up. The big-budget blockbusters were nowhere to be found. I would nod my head sympathetically as I was told this. Secretly, though, I was in my element.

For me, Gamescom was back to doing what it always did best. It was never supposed to be a second E3. It’s not here to celebrate the industry’s most expensive projects. Historically, Gamescom is a bit weird, a bit German, and mostly about PC games. And so it was again this year.

Did you love Homeworld? It’s coming back. Homeworld 3 is a confident successor to the space RTS series of the early 2000s—a game that respects the units, scenarios and the general vibe of the series. It understands its legacy, but also adds something new: terrain elements like cover that you can hide behind, or tunnels that block your enemy’s sensors.

In the demo I played, the terrain elements were introduced in a somewhat heavy handed fashion, meant to teach you how best to use them to your advantage. But Blackbird Interactive says that, in later missions, it will just be a natural, organic part of the game—even letting players take cover behind things that they themselves destroyed. It feels like a clever progression, augmenting Homeworld’s reliance on rock, paper, scissors combat, and giving you the tools to turn the tides in an otherwise unfavourable composition.

Did you love System Shock? It’s coming back. The remake feels faithful, while actually doing an absurd amount to bring it to the modern day. There’s an impressive degree of restraint here. There’s a light tutorial that arms you with the basics of controlling your character, and a minimap in the corner that lets you more easily navigate the space—seeing where you’ve been and how it links to where you’re going.

Otherwise, you’re left to your own devices: hunting clues, slowly unpicking the story, and desperately battling to survive. My progress through the section of demo I played was slow—the game is committed to being System Shock—but I never felt like I was battling with the UI or control system. It works, and lets you focus on what it is about System Shock that makes it worth preserving.

Visually, it looks fantastic too—colourful lighting providing depth and texture to the cold metallic walls and corridors. It’s dark, but never muted, and the enemies you face are no less scary because of it.

Did you love Command & Conquer? It’s coming back. THQ Nordic’s Tempest Rising bills itself as being inspired by the RTSes of the ’90s and 2000s, but—based on what I saw—you can pin down its influence far more specifically than that. It’s a love letter to the Westwood classics, set on an alternate history Earth that’s being colonised by a dangerous yet valuable resource: the titular Tempest, an obvious Tiberium analogue.

Its two campaigns each focus on a different faction, with a third exclusive to multiplayer. On the one hand you’ve got the forces of Western Europe and America, organised under the banner of the GD, er, F. On the other, Eastern Europe and Asia—the areas most affected by Tempest’s rising—are under control of the Dynasty. It’s even got mission briefings where a general talks directly to the camera. It’s CGI, not FMV, but the feeling it evokes is the same.

And you know what? Watching the hands-off demo, I realised that yes, I am entirely up for a big, bombastic tribute to the RTSes of old.

Did you love Jagged Alliance? It’s coming back—and, it seems, properly this time. After decades of reinventions that failed to capture the true essence of the series, Haemimont is committed to doing justice to those first two games—a variation of the turn-based tactics model that, for some, was a serious contender to the X-Com series.

The game appears to capture much of the depth of Jagged Alliance 2. There’s a full strategic layer on a satellite map of the conflict region, where every square is a level that can be visited, and notes will provide intel on what interesting encounters might be found where. The mercs—around 40, all fully voice acted, and with some familiar faces—have their own skills and personality, and wield weapons that can be fully customised.

It feels like the primary directive is that Jagged Alliance shouldn’t be a puzzle game, where each turn is about finding the most optimal move. It’s a messy simulation, where things will go wrong. I’ve written in-depth about the studio’s struggle to differentiate the game from Firaxis’s XCOM revival. That care, and the commitment to doing something that stands apart from the template set by the biggest turn-based tactics game of recent years, gives me hope in what Haemimont is doing here.

Even the games I saw that didn’t have specific, obvious parallels still captured something of the essence of the ’90s. Two years after we pleaded for their resurrection, RTSes are back in a big way. In addition to Homeworld 3 and Tempest Rising, Petroglyph—a studio of former C&C devs—is itself making a new RTS set in World War 1. The Great War: Western Front has a hint of grand strategy to it, but is primarily focused on its real-time battles. Its Total War-style pre-mission set up phase mimics a full month of battle planning, as you build new trenches and set traps in preparation for the battle to come.

City builders continue to be one of the most successful genres on PC right now, with a long list of upcoming games providing a fun twist on the basic idea. Haemimont’s Stranded: Alien Dawn will strand your team of pre-defined explorers—each with their own personality traits and relationships—on an alien planet. Blending Rimworld-style simulation with survival, you’ll research and scavenge in order to create a base—at first to simply provide some basic comforts, and later to fend off the aggressive beasties that attack in the night.

What of the most classic of ’90s genres, the CRPG? They’re back too. One of the most exciting games I saw at the show was Broken Roads. Its creative lead, Colin McComb, has worked on many of the best games of the genre: Fallout 2 and Planescape: Torment to name just two. Now he turns his hand to the Australian post-apocalypse, with a game that the team stresses can be completed without ever harming a soul. My demo wasn’t as non-violent; I ended my 30 minute session with the death of one loudmouthed mercenary on my conscience. I’m looking forward to seeing more of the game’s vibrant wasteland.

It is of course possible that you didn’t love these games or genres—perhaps you don’t have fond memories of tinkering with C&C ini files to make the Mammoth Tank even more OP. That’s fine too, because the trick here is that, as much as PC gaming is looking to its past right now, most of the games I played were being careful not to retread it. I bounced off of the original Homeworld. I never played the first System Shock. I’ve still not actually finished Planescape: Torment. Now these games and styles are coming back, and as much as there’s a desire to respect the games that came before, there’s also a care to revisit this history in a way that’s approachable for those who missed it.

I’m not excited for a System Shock remake simply because it’s a chance to replay an old game. I’m excited because it’s a chance to experience the things that make it so beloved by the people who did play it, but in a form that reflects how games have progressed and evolved in the decades since its first release. Bringing things back not precisely as they were, but as the idealised versions of our memories. The games we love are coming back, and they’re doing it in style.