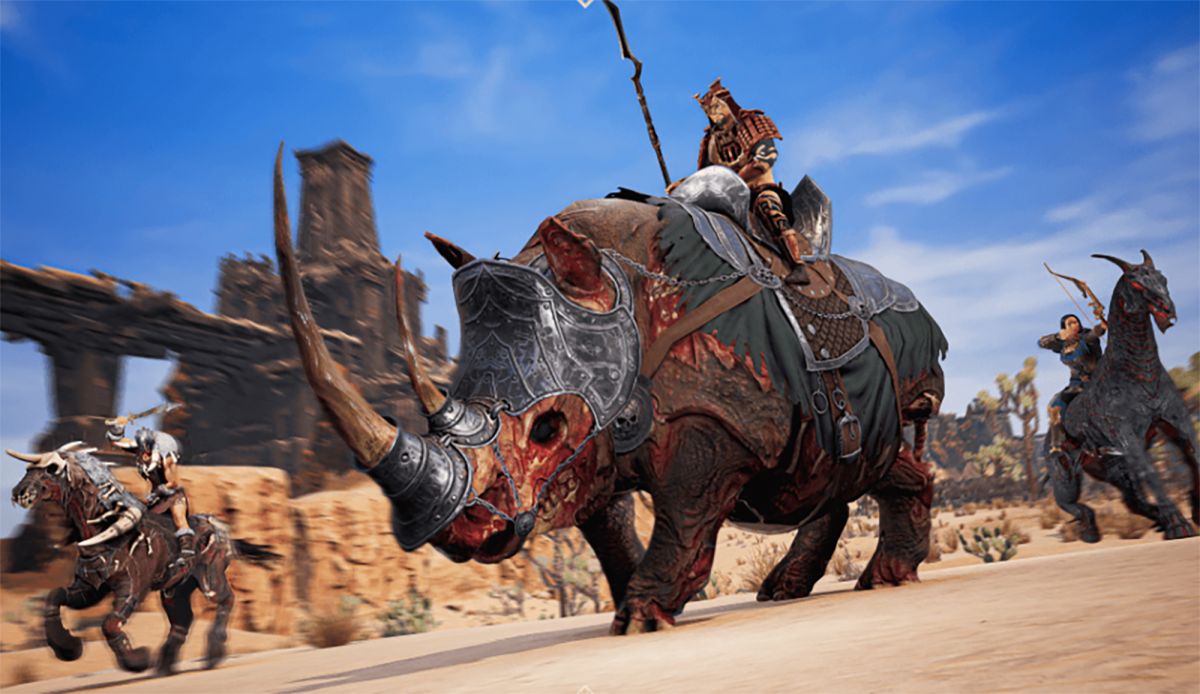 Survival game Conan Exiles arrived in early access in 2017 with a mix of crafting, base building, brutal multiplayer PvP, and perhaps most notably an endowment slider and full genital physics. Since then the survival sandbox has continued to draw thousands of players with floppy dongs and bouncy ballbags to clash with each other in the harsh world of Conan’s Hyborian Age.

That world is about to change. Age of Sorcery is the biggest free update to hit Conan Exiles since it left early access in 2018, and it’s just gone live. The patch will allow players to finally become the natural rival of the barbarian: the magic-user. New powers will let players summon demons and undead minions, perform ritual blood sacrifices on captives, conjure lightning strikes, turn day into night, and even become invisible.

There’s also a new feature that’s both a little cool and a little funny: the ability to travel through the air by hanging onto the ankles of giant demon bats. I’m not sure exactly why I find that amusing as a means of transport. I think it’s the fact that when you’re dangling from something, rather than riding something, it makes it seem a little less than fearsome. Even if that thing is a giant demon bat.

Magic comes with a cost, however. As in another survival game, Outward, if you want to practice magic you’ll have to sacrifice a portion of your maximum health and stamina. The more magic you want to wield, the less hearty and barbaric and more gaunt and withered you’ll have to become. Makes sense, really.

Along with the update, Conan Exiles is getting a battle pass. The pass will consist strictly of cosmetic items, which include not just armor and weapons but building pieces and mounts. Funcom has designed the pass to ensure no real advantage is given to players who claim the items, and “any weapons or armor you see in the Battle Pass rewards will give you the recipe to craft it, not the weapon itself, and will have a base game equivalent in terms of stats.”

“There are also no experience boosts or anything that gives you an advantage in PvP,” says Funcom.

All the changes in Age of Sorcery, especially a revamped attributes and perks system, makes me think this will be a good time to start an entirely new character from scratch. Plus, it’ll give you the chance to fiddle with those genital customization sliders again, if need be.

If you’re interested in trying out Conan Exiles for the first time, you can do it this week at no cost. From now until September 8, Conan Exiles is free to play. You’ll find it here on Steam.