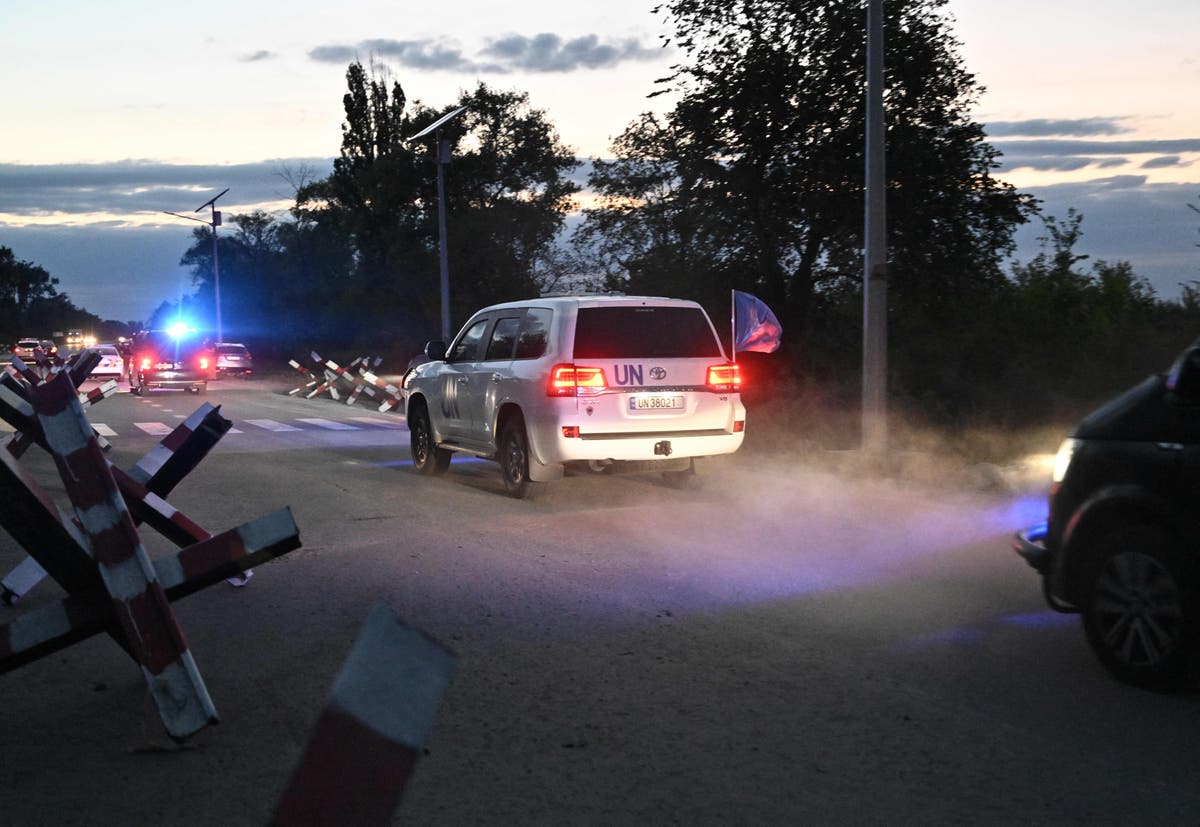 Moment of explosion in Enerhodar near Zaporizhzhia nuclear plant

The physical integrity of Ukraine’s Russia-held Zaporizhzhia nuclear power plant had been violated amid heavy shelling from both sides, the UN nuclear agency chief Dr Rafael Grossi said on Thursday.

“It is obvious that the plant and the physical integrity of the plant has been violated, several times … this is something that cannot continue to happen,” Dr Grossi said.

Vehicles transporting members of the International Atomic Energy Agency’s (IAEA) inspection mission were seen zooming past on roads outside Zaporizhzhia city as the team visited Europe’s biggest nuclear facility after a long wait.

The atomic watchdog’s head said he will continue to worry about the tense situation at the nuclear power plant till the fighting stabilised.

Intense fighting in the Zaporizhzhia region did not halt for the visit of the top UN official, whose team ignored nearby gunfire to inspect the power plant on Thursday. The experts are likely to stay at the facility for some days.